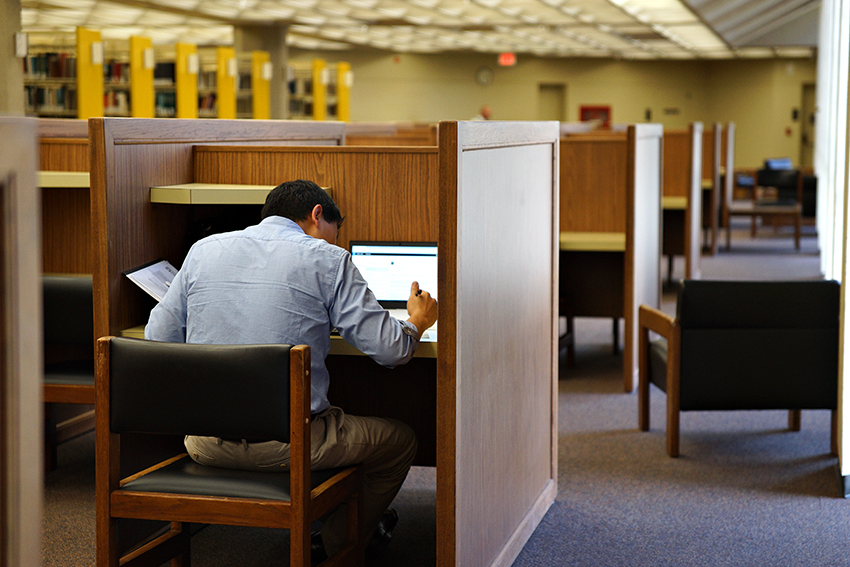 Tracking down stolen electronic devices is becoming easier thanks to software such as Find My iPhone, which assists the University of Texas Police Department with recovering stolen property.

“We’ve had really good success with being able to locate and track the movement,” said UTPD Officer Chris Miller. “I think just last week we got someone’s camera bag with the cell phone in it. The iPhone app was on and working properly and we had good success up until a half block radius.”

The precision of device locator applications is not perfect and usually only pinpoints a general area or building, according to Miller. If the phone is dead, the app is unable to locate it. Distinguishing between floor levels or individual rooms within a building is difficult when using Find My iPhone, although Miller said it’s a matter of time before such specific information will be accessible via this kind of software.

“As law enforcement recovering lost or stolen property, we would love for it to be like, ‘Hey, it’s here, behind this tree here,’ but the technology hasn’t caught up 100 percent yet, but it’s well on its way,” Miller said.

Advanced methods of device tracking are also available to UTPD, although they are primarily used as a last resort, typically in life-threatening situations, said UTPD Assistant Chief Peter Scheets. Software like Find My iPhone is only available to iPhone users, making law enforcement agencies cognizant of other ways to track down Androids or flip phones. UTPD did not give details regarding how these advanced tracking tactics are put into effect; however, even if a phone is dead, officers have the capability to locate it if the situation warrants such an effort.

“Law enforcement has the ability to track those types of electronic devices, whether they’re being used or not being used, depending on the severity of the situation, can kind of increase what means we use to track that item,” Miller said. “There’s gonna be some criminal offense taking place; police aren’t just tracking phones to track phones.”

In certain cases, students have taken matters into their own hands by using Find My iPhone to track down the thief, after which they eventually confront him or her or scare them away. Both scenarios can potentially have negative repercussions, either leading to a physical altercation or increasing the chances of the perpetrator’s escape. Scheets strongly advised against taking any action before calling the police.

“We ask that [students] contact us and we have a process — we’ll put numerous people in the area and then we’ll ask you to ping it or take some action to help us identify who is holding onto it or where the exact location is,” Scheets said.

The most effective way to ensure the retrieval of a stolen item would be to record the serial number of each electronic device and store it in a safe location, Scheets said.

Etching a more familiar number, such as a driver’s license identification number, onto personal items like bicycles is a service offered by UTPD.

“On any property, record your serial numbers,” said UTPD lieutenant Greg Stephenson. “If it is something that doesn’t have one, apply a personal number. This helps us identify it either when found on a suspect or in a pawn shop.”