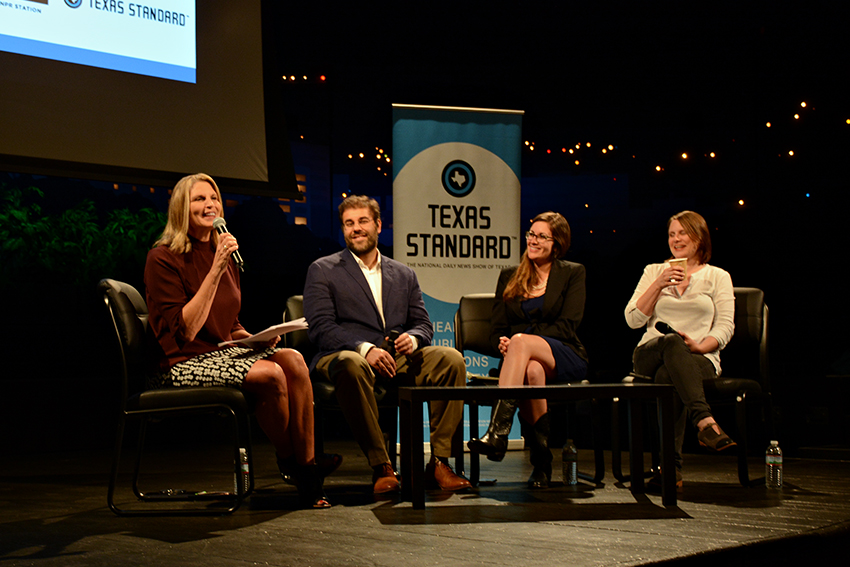 A man and woman walk from the UT observation deck into the Tower and run into a man carrying two rifles. The woman smiles and says “hello.” The man, Charles Whitman, returns the smile and asks, “Hi, how are you?”

“I might have wondered if I had stopped for a moment,” said Cheryl Botts Dickerson, survivor of the 1966 UT tower shooting. “But we kept going and that probably saved our lives.”

The Texas Standard, KLRU, Austin PBS and the Dolph Briscoe Center for American History held an interactive discussion Wednesday night as the final part of the KUT’s Tower History project. Whitman shot and killed 14 people and wounded 32 others while shooting from the UT Tower in 1966, and the discussion focused on how this event influenced the history of gun rights.

“One of the paradoxes of the shooting is that people during that time period were so familiar with violence from far away wars, but were in no way accustom to violence coming from someone in their community,” said Jeremy Suri, the Mack Brown Distinguished professor for global leadership, history and public affairs at UT. “They had to begin to look for external threats as well as
internal threats.”

Suri, a panelist at the discussion, spoke about the changes tragedies such as the UT Tower shooting have on gun history and the growing presence of guns in people’s lives. Suri said the shooting showed people that history matters.

“It shows a resilient resistant towards guns and that many Americans are defining their freedom through the ownership of guns,” Suri said. “There is an increasing pervasiveness of guns.”

The discussion featured clips from the documentary “Tower” and interviews from survivors of the shooting, including Dickerson and the man in the tower with her, Don Walden, in the documentary “Out of the Blue.”

“There are more stories out there than Whitman’s story,” said Megan Gilbride, one of the producers of “Tower.” “We want people to have conversations about events like the shooting and for society to realize that survivors didn’t have the chance to. Conversations help with healing.”

Journalism freshman Jaewon Yoo said the discussion gave her the chance to hear stories about people who were actually at UT when the Tower shootings happened.

“No one really thinks about the potential of something like that happening,” Yoo said. “When it does happen, it’s scary and then it’s hard to know what to expect anymore.”