By the Numbers – vs. Texas Tech 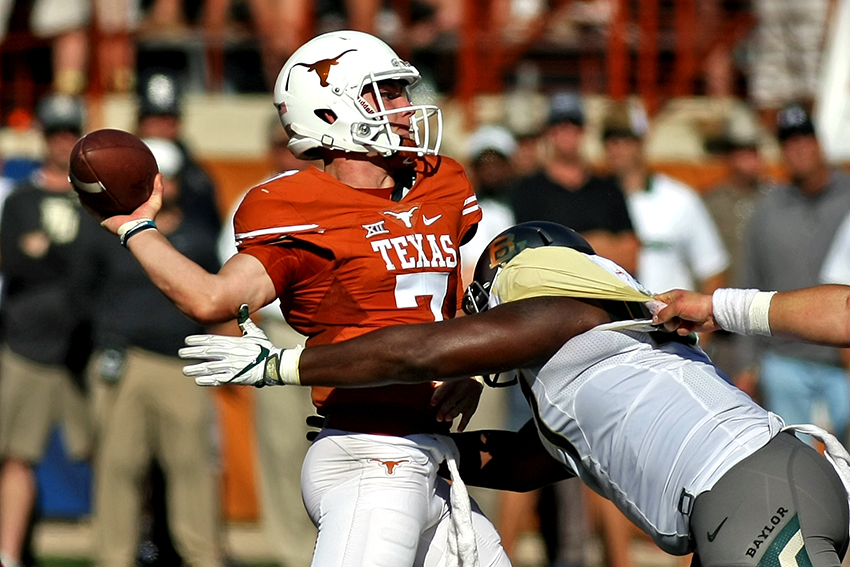 0-4 – Texas is winless in their four road games this year. It plays in Lubbock this Saturday.

5-1 – In their last six matches in Lubbock, Texas has won five of them.

403 – The number of rushing yards by the Longhorns in Texas’ 48-45 loss against Texas Tech last year. Texas running back Chris Warren III had 276 yards.

398 – Texas allowed 398 rushing yards by Baylor last Saturday, the most yards on the ground they’ve allowed this season.

142 – The receiving yards by Texas junior wide receiver Armanti Foreman against Baylor. This was only the second time this season that a Texas receiver has had more than 100 yards in a game.

250 – Texas junior running back D’Onta Foreman rushed for a career-best 250 yards against Baylor.

31 – Texas has recorded 31 sacks this season, tied for second in the FBS.

206 – Texas Tech passed for 206 yards in its double overtime win against TCU.

213.8 – The average rushing yards per game that Texas Tech allows.

927 – Texas Tech’s leading receiver Jonathan Giles has 927 receiving yards this season, the ninth most in the FBS. He also has 11 touchdowns.