Swimmers gear up for first home meet of the season 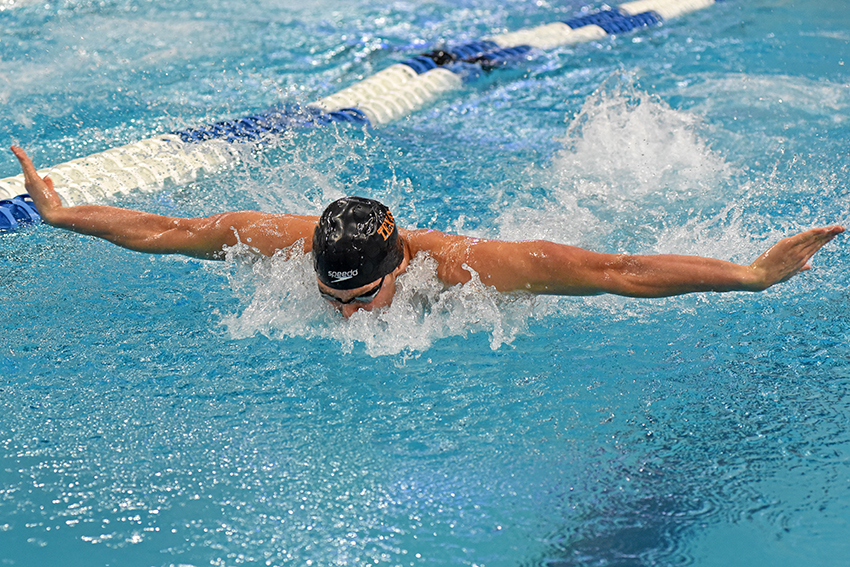 Following a loss to Indiana in the first meet of the season, Texas returns home with hopes of earning a victory against North Carolina State on Friday.

The Longhorn men are ranked No. 2 in the nation and North Carolina State are ranked No. 3. Texas fell to the No. 4 Hoosiers last week, but head coach Eddie Reese said the Wolfpack present an even bigger challenge.

The level of competition fuels senior Will Glass, who embraces the challenge of going against highly ranked teams.

“It’s always good to race other teams that are right there with us, because we’re training at this level up here and they’re training just right there,” Glass said. “To see where we’re at in the season is always fun.”

With a long season ahead, Glass and fellow senior Jack Conger have taken on new leadership roles. With several Olympians and other veteran swimmers returning to the pool, Glass and Conger are trying to bring along the underclassmen as best as they can.

The Longhorn men hit the pool Friday at 5 p.m. at the Lee and Joe Jamail Texas Swimming Center.