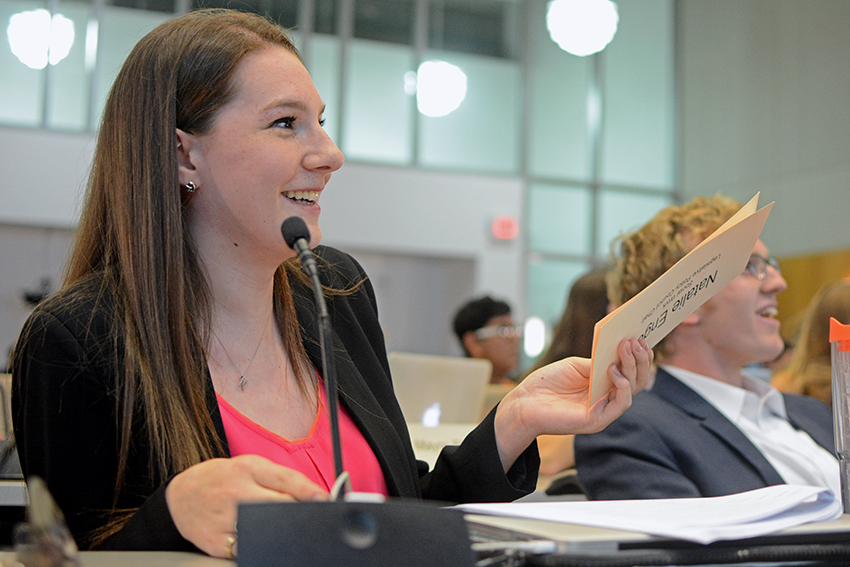 In the United States, when people behave in ways deemed inappropriate by society, punitive action is the immediate response, as it seems to be an easy “fix.” We arrest them, imprison them and expect to see a drastic behavioral change upon their release. Despite this “fix,” the rate of recidivism in America is extremely high, and we cannot fathom the cause of our failure. Why is this relevant to The University of Texas, you might ask?

The anti-affirmative action bake sale held by the Young Conservatives of Texas group was met with a lot of well-deserved criticism, in my opinion, but now some members of the Student Government assembly are about to take the criticism too far. Their response calls for punitive action against the students and disbanding the organization. Punitive action calls for punishments such as probation or suspension, which would be on students’ permanent record, could prevent graduate school acceptance and would follow them throughout their academic careers. Even as a member of the assembly, who are we to say that exacting such punishment is the right course of action or our call? The students exercised their right to freedom of speech. Now, please don’t get me wrong — I’m strongly opposed to the actions taken in the bake sale and don’t condone the group’s past actions, such as the “Catch an Illegal Immigrant” game, but I do believe in upholding their constitutional First Amendment rights.

The students calling for such punitive action are acting in a narrow-minded manner and failing to consider the broader potential consequences to the University and the future of free speech on campus. Let’s pretend for a moment that their legislation passes and the University chooses to implement it. Young Conservatives of Texas would be disbanded, the individual students would incur harsh punishment and all would be good, right? Wrong. Limiting students’ right to free speech would indelibly have a greater effect on the future of protests on our campus. Movements such as “Cocks Not Glocks” could not happen for fear of punishment being inflicted on the organizers. Freedom to express opinions openly would be vastly limited and, not to mention, touching on potential civil rights lawsuits that could and likely would be taken up against the University in favor of the Young Conservatives’ right to free speech. The costs of implementing such punitive action would greatly outweigh the perceived benefit of allowing one group to be kicked off campus and punishing a few students.

The group also references other universities’ experiences to solidify their claims, but those examples of punitive action are dissimilar to this bake sale and don’t apply in the same way. The University of Oklahoma expelled two students involved in the Sigma Alpha Epsilon racist chant, but only following the national organization of the fraternity’s suspension of the chapter and the nonstop protests of students and activists alike. There was little left for OU to do besides expel the students, and those students could have fought the expulsion on the basis of freedom of speech but chose to not seek this course of action. Another school referenced was Duke University, a private school whose ability to exact punishments differs significantly from that of a public institution, and therefore their story is not applicable to UT.

Now this aside, should we just throw away these students and their opinions by disbanding and punishing them? I don’t agree with them, but would it not be more productive to talk with them in a calmer, more appropriate setting? Maybe it’s just the social worker in me, but I cannot support legislation which punishes students for exercising their constitutional rights, because that would be wrong, plain and simple.