Longhorns cruise to win over Tarleton State in exhibition game 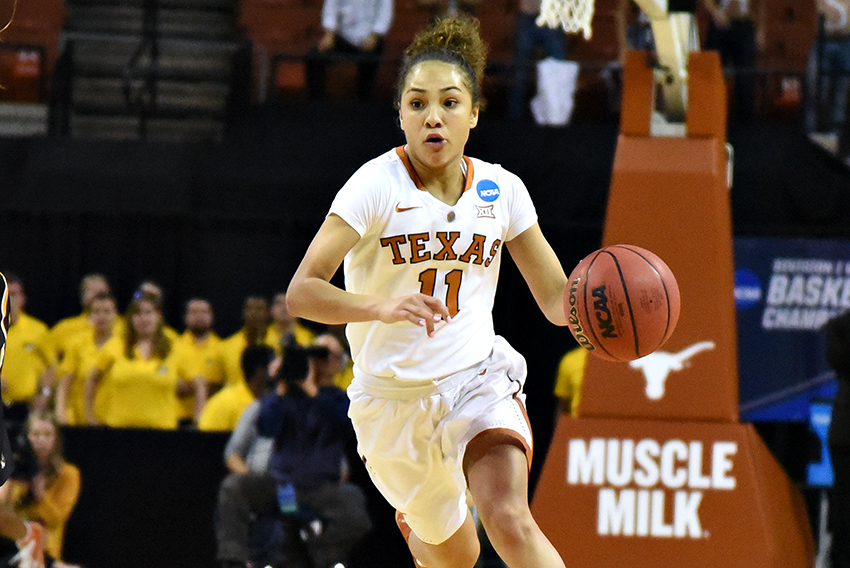 Gregory Gym erupted as the No. 8 Longhorns opened the second quarter with a 14-0 run.

After a sluggish start, Texas turned up the heat in the second period and never looked back in Sunday’s exhibition game against Tarleton State. The TexAnns hit six three pointers in the first quarter and led 22-21 at the end of the period, but their lead didn’t last long as the burnt orange quickly took control and cruised to a commanding 93-43 victory.

Just before the half, senior guard Brooke McCarty strolled to the rim for back-to-back layups, bringing the crowd to its feet. McCarty was one of four Texas players who scored in double figures while collecting 12 points and a career-high six steals. McCarty, the team’s leading scorer last season, has embraced her role as the leader for Texas’ fresh-faced team.

“I’m falling into that role,” McCarty said. “It’s been a struggle kind of, but I think I’m finally coming out of my shell and being able to be that leader that coach knows I can be and that my team knows I can be.”

Texas held Tarleton State to just 21 points in the last three quarters, showcasing a solid defensive performance. The Longhorns used their size to their advantage throughout the game while out-rebounding the TexAnns 45-20 despite a slow start.

“We just got more aggressive,” Aston said. “We were a little bit on our heels early. It could’ve been nerves and just trying not to make mistakes early in the game. We were giving too much of a cushion defensively and not really playing the way we really can play.”

Freshman Joyner Holmes — the nation’s No. 2 recruit, according to ESPN — played early and often in her Longhorn debut. The Cedar Hills native was a force under the basket, grabbing five rebounds and a team-high two blocks to compliment her 11 points.

The exhibition highlighted the strength and talent of Texas’ newcomers. Junior Audrey-Anne Coron-Goudreau finished with 10 points and eight rebounds in her much-anticipated Texas debut. The two-time transfer from Vanderbilt and Gulf Coast State College started at forward and immediately made her presence known on the court. The Longhorns hope her size and aggressiveness at the rim add depth to their defense.

“I’ve been waiting for this moment for so long,” Coron-Goudreau said. “As soon as I left Vanderbilt I knew I wanted to come to Texas, so it’s been great getting to play with these girls and to wear the uniform. It was a great feeling today.”

Texas kicks off its regular season on Nov. 14 against No. 11 Stanford in Palo Alto, California.

This story has been updated since its initial publication. Tarleton State University's women's basketball team is known as the TexAnns.