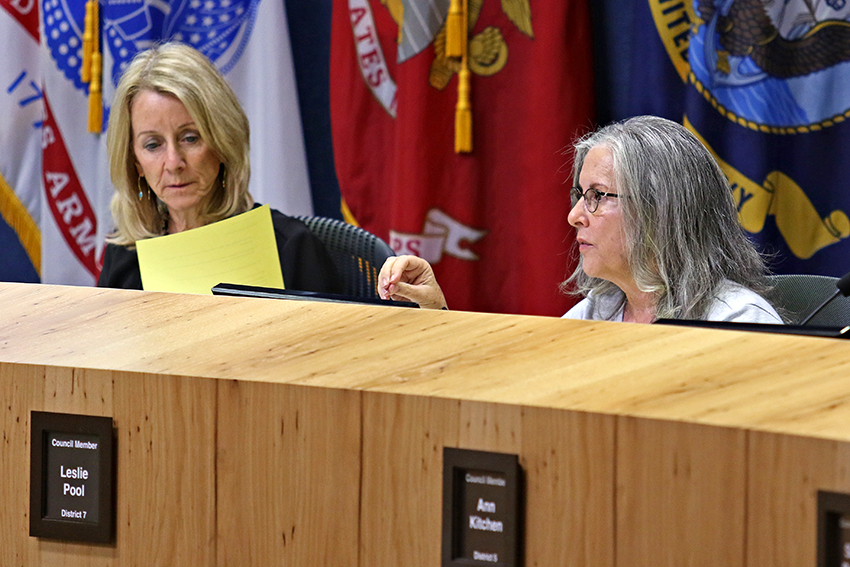 Last night’s election helped fill four seats in the Austin City Council, with a runoff election for District 10 planned for later this year. Four of the five candidates who led the polls were in support of Mayor Steve Adler’s $720 million mobility bond which aims to fund improvements to Austin’s transportation system, which
includes UT.

Recently, Garza abstained from voting on the mobility bond, stating that it was not inclusive enough, as reported by KUT.

According to his website, before serving on the council he was the policy director for the Workers Defense Project in Austin.

Recently, Casar voted in favor of the mobility bond.

Flannigan is a small business owner, and according to his website has worked to fight for smaller businesses, streamline city government and provide solutions to Austin’s traffic problem. He was also the co-founder of and organizer for Northwest Austin Coalition, a group supporting community leaders in northwest Austin.

He lost the 2014 election against Zimmerman.

After the results of the election came in, Zimmerman said the impacts of his loss would become clear in the following months.

“Supporters of lower taxes and fewer regulations will have to work harder and organize better if we’re to represent the taxpayers fairly in future elections,” Zimmerman said in a statement. “This I know we can do if we put our talents and resources together.”

Flannigan has stated he supports the mobility bond.

District 7
Austin City Council member Leslie Pool, who began her term in 2015, will once again represent District 7 after winning 73 percent of the vote.

Before City Council, Pool spent time on city boards and commissions, according to her website.

Pool also voted in favor of the mobility bond.

District 10
Current Austin City Council member Sherri Gallo led the election with 48 percent of the vote, but did not meet the 50 percent threshold needed to avoid a runoff.

The top two candidates will return on Dec. 13 for the runoff election.