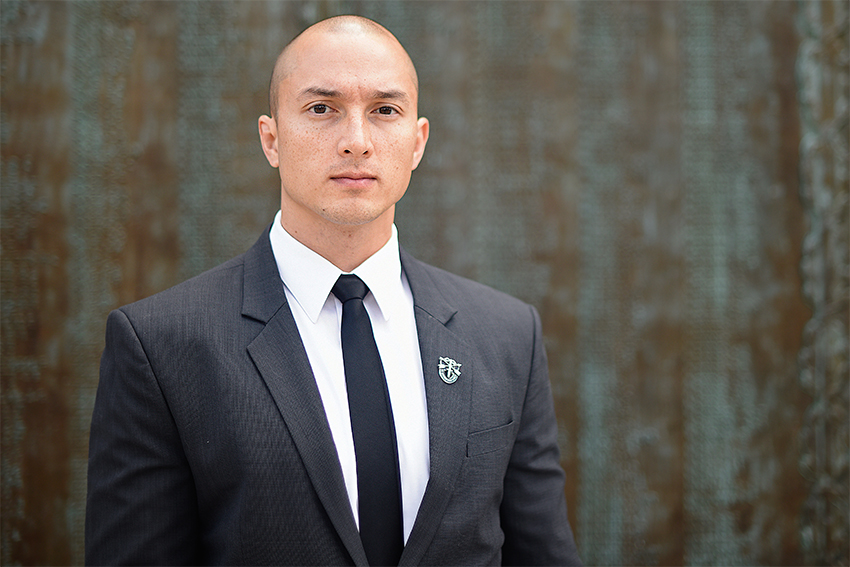 Dan Leach had already jumped 82 times, but this one was different. He was saying goodbye to the armed forces, relishing the airborne plunge for the last time.

At the University, Leach is president of the Student Veterans Association, and this year will be his second Veteran’s Day since he served.

After graduating from Ohio University, Leach, now an electrical engineering graduate student, joined the Army and went straight into the special forces. He spent five years there and became a communications sergeant before leaving to pursue a master’s degree with the ultimate goal of working for Raytheon, a military supplier.

“It’s a lot more close-knit than other units, and so a lot of the friends I made in the military are friends for life,” Leach said. “I’m planning to have [one of them] officiate my wedding.”

His 12-man team specialized in “unconventional warfare,” which usually required them to train soldiers from other nations in fundamental tasks. In some cases, his team would take soldiers up into an aircraft and show them how to perform high-altitude parachute drops.

However, language barriers often existed between his team and the soldiers since they were training combat units in Thailand, Japan, the Philippines, India and Afghanistan.

“It’s challenging, but it’s really rewarding,” Leach said. “Especially in the Philippines, their scout rangers — even though we didn’t speak the same language — those guys were really motivated and really easy to train.”

Leach said the most rewarding part of his work was when he heard the soldiers he trained successfully fought off attack. But he still always worries that they might not be prepared enough for combat.

“I’m always scared of mediocrity,” Leach said. “They’re going to use that training in combat and if you don’t train them to the best of your abilities, it could have some pretty severe consequences.”

But the team had fun times, too. Once, in Mindanao, in the Philippines, he and the other soldiers played “Fancy” by Iggy Azalea and made a humorous music video in time with the combat training.

SVA member and former Marine Dan Hamilton, who served from 2005-2009 and 2010-2011, said he has enjoyed working with Leach because he is driven to reach out and help as many students, veterans and civilians as possible.

“We have a mutual understanding of the difficulties that we faced in the military,” Hamilton said. “Those experiences shaped us and brought us to essentially the same place in life, and that provides a bond for us as leaders within the organization.”

SVA’s vice president Derek Moniz, an Army veteran who served from 2004–2015, said he appreciates all of Leach’s work and drive to make SVA as wide-reaching as possible. They both also worked as paratroopers in the Army.

“[We] have built a really solid friendship, and we work really well as a team,” Moniz said. “We think alike and have the same ideas of trying to have a bigger vision for our group, and [Leach] just charges forward.”

Even though this is his second Veteran’s Day, Leach said he doesn’t focus on himself as a veteran. Instead, he thinks about his friends, family and fellow soldiers that have served.

Today, his fiancee, Amy Yau, is deployed in Afghanistan as an army doctor and their roles have been reversed: He’s at home, while she’s away helping the country.

“It’s tough, but I think about my family, and my military family,” Leach said. “When I think about all of the student veterans on campus, I’m just overwhelmed with pride.”