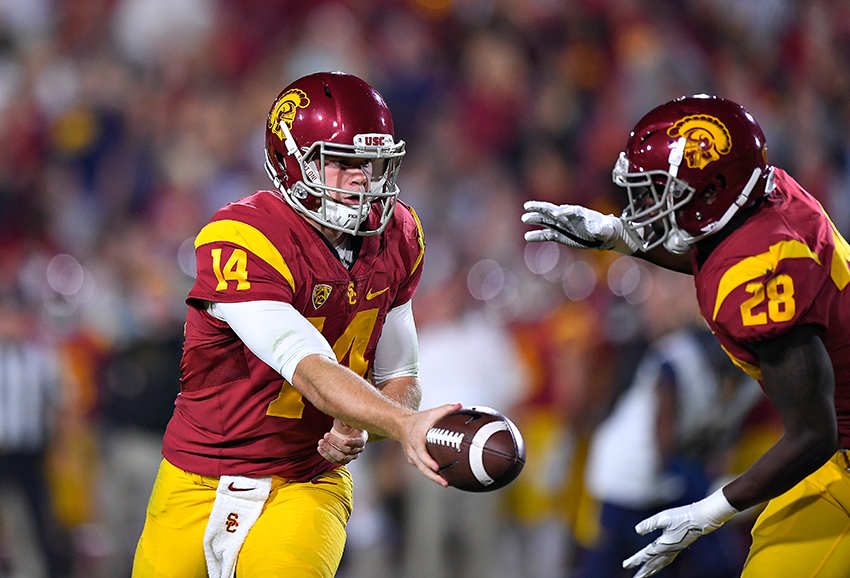 Baylor rolled through an easy schedule, but is finally facing reality.

TCU throttled the Bears 62-22 in McLane Stadium last Saturday, effectively ending Baylor’s outside playoff hopes. The Bears have lost two straight but have a chance to reestablish themselves in the Big 12 in Norman.

Oklahoma overcame a 1-2 start and has yet to lose a conference game. The Sooners have had close calls, but dominate Big 12 opponents when in Norman.

Both teams emphasize their passing games, which should contribute to a high-scoring shootout. Baylor is equipped with junior wide receiver K.D. Cannon while Oklahoma employs senior receiver Dede Westbrook. Westbrook has registered 100 receiving yards and a touchdown in six straight games heading into Saturday.

The American Conference is home to several underrated juggernauts. This battle in Annapolis might decide who wins the conference’s West division.

Navy’s offense is unique in the fact that it centers on the triple option. Navy head coach Ken Niumatalolo has found a new gem in option quarterback Will Worth. Worth, a senior, ranks fourth nationally with 15 rushing touchdowns and led the Midshipmen to a victory over rival Notre Dame last Saturday.

Tulsa will bring the heat with its powerful offense that ranks ninth in the FBS in yardage per game. Senior quarterback Dane Evans has been dominant recently, throwing for eight touchdowns and leading Tulsa to 45 points in three straight victories.

Both teams hold three losses, but a ranking nevertheless remains at stake in the Battle for the Golden Boot.

The Razorbacks dominated in the last two editions of the rivalry and are coming off of a convincing 31-10 victory over Florida. Sophomore running back Rawleigh Williams III was instrumental in the game, rushing for 148 yards and two touchdowns.

The ever dangerous Leonard Fournette lines up at the halfback position for the purple and gold. Alabama’s trademark defense stifled the junior in a 10-0 shutout, but Fournette has been gifted with an opportunity to revive LSU’s dormant offense in Fayetteville against the less defensively minded Razorbacks.

This is not the same Trojan team that lost 52-6 to Alabama.

USC has risen from the ashes in recent weeks thanks the ascension of freshman quarterback Sam Darnold. Under Darnold’s reign, USC has won five straight, primarily in dominating fashion. But Washington is undefeated and sitting high in the polls, thanks to the sophomore quarterback Jake Browning.

Browning is nearly flawless on the season, throwing 34 touchdowns and three interceptions. He passed for 378 yards and six touchdowns in a win over California but must deliver a statement victory in Seattle on Saturday night to secure Washington’s top-four ranking.