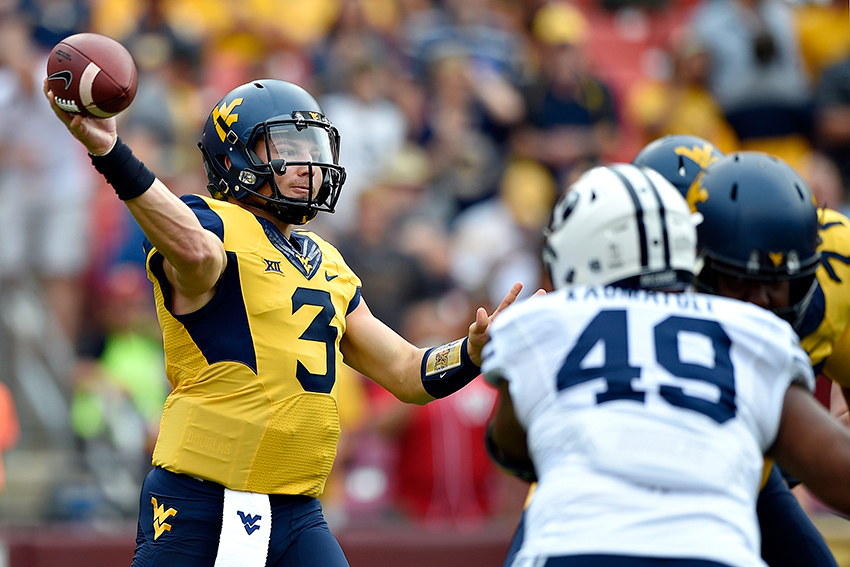 Howard is the wizard behind West Virginia’s 7-1 record. The senior quarterback has thrived off of an accurate season, throwing 16 touchdowns and only six interceptions in 2016.

Howard is a great game manager and has displayed his running ability multiple times this season. Last week, he picked up 64 yards and two touchdowns on the ground, along with 260 passing yards and three passing touchdowns.

Howard is 17th in the FBS in completion percentage, completing an accurate 65.1 percent of attempts. In a 38-20 victory over Texas in 2015, Howard completed 10-of-12 passes and was responsible for three total touchdowns.

Crawford emerged from a community college to the Big 12 this season.

The junior fits nicely as one of two primary backs in the Mountaineer offense. Last week against Kansas, he rushed for a career-high 129 yards on 13 carries. He found the end zone once, one of five total touchdowns this season.

Crawford rushed for 100 yards in two other games this year against Missouri and Kansas State. Sharing the backfield with senior Rushel Shell has allowed Crawford to average an impressive 6.2 yards per carry.

Look for Crawford to test the Texas defense on Saturday morning, a unit that allows 464 offensive yards per game.

At six-feet-two-inches and 275 pounds, Nwachukwu is a force on the West Virginia defensive line.

He leads the unit with three sacks this season and six tackles for loss and when he’s not in the backfield, he’s preventing forward progress by runners as evidenced by his 27 tackles in 2016.

The Longhorn offensive line will be watching film of the senior all week. He scythed through the Texas front-five to record three sacks in the victory last season. All eyes will be on Nwachukwu—the All-Big 12 Honorable Mention and native Texan—when Texas has the ball.

Douglas is tied for second in college football with five interceptions and also has returned one for a touchdown in 2016. He recorded two picks in a 48-21 victory over Kansas in Morgantown last Saturday.

Douglas’ presence in the secondary is a headache for any quarterback. The senior has stepped up in his final year as a Mountaineer, recording 41 tackles in eight games this season and even has a sack from the cornerback position. Douglas lives all over the turf, and will be covering receivers from Texas’ versatile corps on Saturday in Austin.