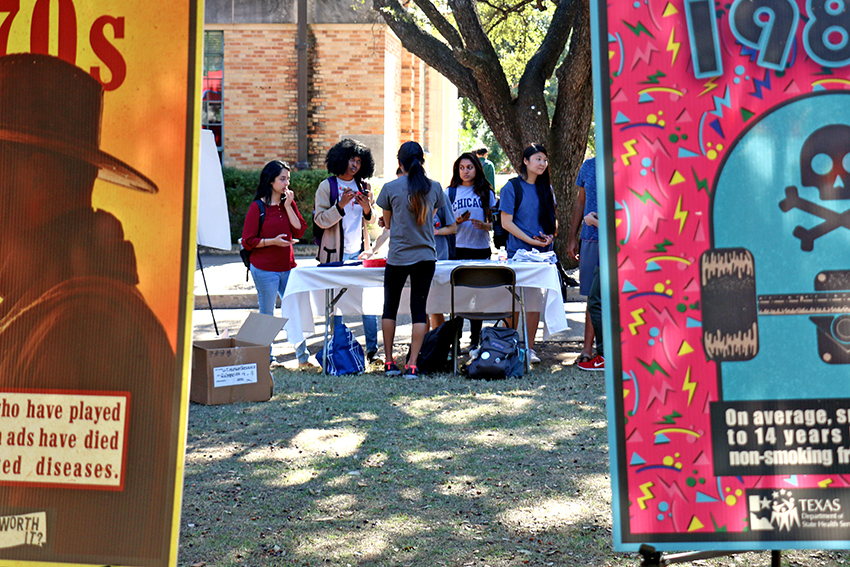 The campus community took part this week in the American Cancer Society’s annual Great American Smokeout, a smoking cessation event that encourages people to take the first step to quit smoking by abstaining for one day.

Nosse Ovienmhada, TFC coordinator, said the events were geared toward providing resources and information on smoking cessation. Additionally, Ovienmhada said TFC hoped to promote the tobacco-free campus policy, which has been in place since April 2012.

Faculty and staff gathered Tuesday for a 10-minute “Cold Turkey Trot” through campus to show support for the University’s smoke-free policy. At the GASO Carnival yesterday, students listened to presentations from various organizations on smoking risks, smoking cessation resources and bystander intervention methods.

Although the national GASO initiative focuses on traditional tobacco cessation, TFC and PAT expanded the scope of their events to include discouraging use of alternative tobacco products. Shelley Karn, project director for the University’s Tobacco Research and Evaluation Team, said the focus of tobacco cessation efforts is shifting in response to increased use of electronic nicotine delivery devices by young adults.

Alternative tobacco products, e-cigarettes or vape pens, produce a vapor typically containing nicotine and other substances. Use of e-cigarettes on campus is prohibited under the tobacco-free policy.

Ovienmhada said many e-cigarette users seem to be under the misconception that the devices don’t pose a threat to health.

“It took 50 years for the surgeon general to say tobacco smoke was unhealthy to users, so we want to tell people to be wary and be careful about what they’re putting in their bodies,”
Ovienmhada said.

“Once you’re 18, you’re allowed to purchase cigarettes and a lot of people start smoking,” Torres Diaz said. “Having this is a good way to raise awareness and let people know that yeah, you can smoke, but you shouldn’t.”