Certain types of bats use memories to hunt 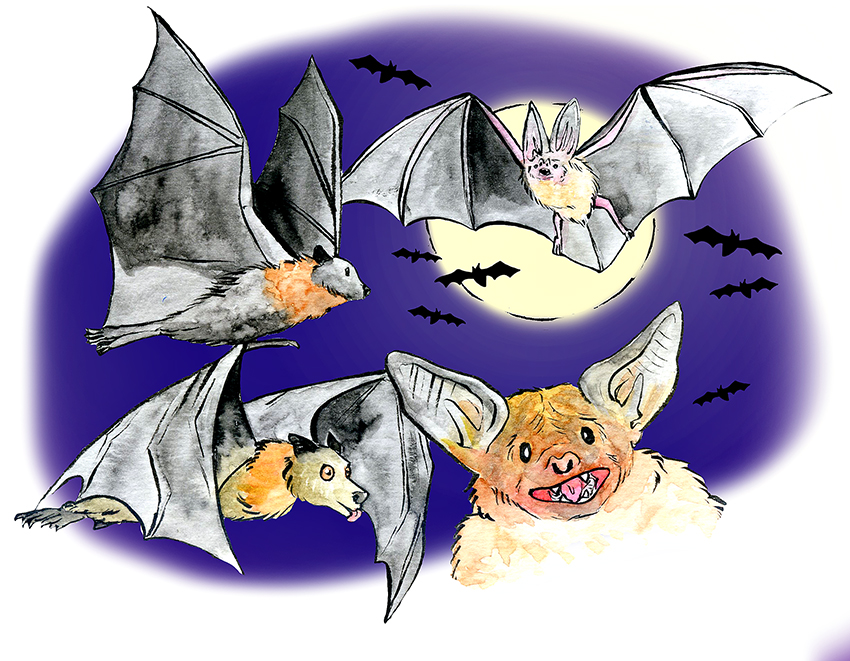 Research by a UT graduate student shows that bats might have a longer memory than previously thought.

“I feel incredibly honored to work with such a charismatic and interesting animal,” Dixon said. “The way that it hunts is it eavesdrops on the mating calls its prey makes, and this bat in particular is the only New World bat that does this specifically on frog calls.”

The fringe-lipped bat, Trachops cirrhosus, is a frog-eating bat that lives in South and Middle America. Dixon looked at different elements of cognition in these bats. Her research built on previous experiments from a few years prior which trained bats to associate a food reward with an artificial sound, a cellphone ringtone. Dixon repeated this experiment with the some of the same bats to determine how well the bats remembered the sound.

The bat stores this information as long-term memories so it does not have to relearn it in each new situation. Dixon said she is interested in determining how long the bats are able to retain the association between the cell phone tone and food.

“There are a number of reasons why bats may be good animals to look for long term memories,” Dixon said. “Many of them have to navigate large distances in foraging and migration. They’re very highly social and they have to remember locations or queues associated with their food, and these are all associated with long memory retentions.”

When presented with a similar tone to what they heard in previous experiments from as early as 2011, the treated bats flew to the familiar tone much more frequently than a different cell phone noise, suggesting they remembered the association and were able to apply it to a similar, novel scenario.

“When I first started this study, I hypothesized that [the bats] would remember [the sound] for one year to account for the need to remember seasonal, available prey items,” Dixon said. “But it’s possible there are reasons, based on the results, for these guys to remember things for much longer than that. We don’t know why that is, but it could be to account rare or rarely encountered prey items, it could be [that] finding food is important in stressful situations, or it could be that long term memory evolved under other context.”

Regardless of evolutionary mechanism, Dixon said that it’s clear that these bats are capable of remembering things for a long time.

Another aspect of Dixon’s research involves studying habituation in the fringe-lipped bats, which is a decline in response to a repeated stimulus.

Dixon identified a variety of sounds as either leading to good food sources or poisonous food sources or as sounds the bats had not heard before. Dixon said she could then play the sounds for the bats and analyze their likelihood to respond to potential food sources.

“This [finding] is consistent with our predictions that the frogs, which have the least biological relevance to these bats, are the ones that are habituated most rapidly,” Dixon said.