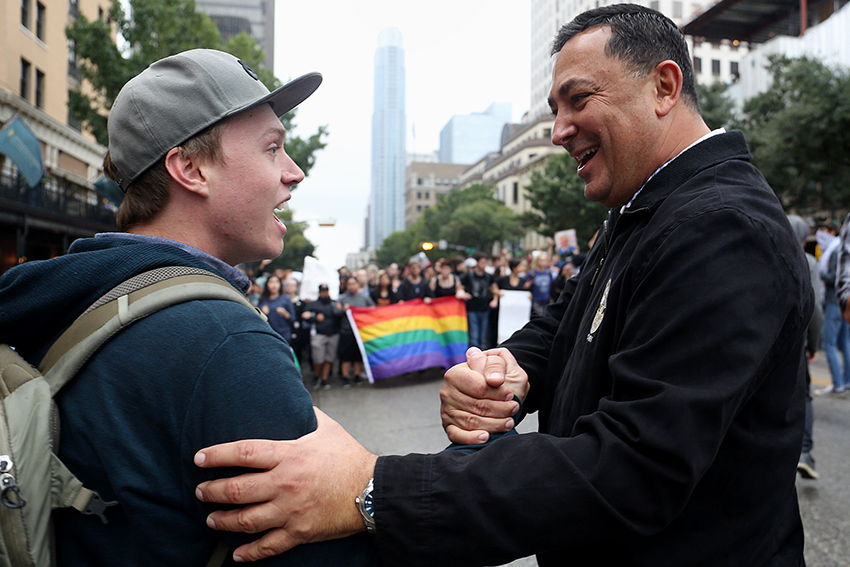 Austin Police Chief Art Acevedo is set to leave Austin to lead the nation’s fifth-largest police department in Houston, according to the Austin American-Statesman.

Acevedo served Austin as police chief for more than nine years, and it is not yet clear who his successor will be.

In an APD press release, Acevedo said he accepted an offer today from Mayor Sylvester Turner to be the next chief of police for the City of Houston.

“Serving this great city has been the honor of a lifetime,” Acevedo said in the press release. “During my nearly ten-year journey with the city, many improvements have been made both within the police department and to our relationship with the community. Together we have addressed many challenges and truly made Austin a safer community. Collectively we have pursued excellence for the Austin Police Department.”

Acevedo said he believes it is time to take on a new opportunity in Houston, but he thanked the Austin community.

“Thank you for the tremendous honor of being your chief,” Acevedo said. “I urge you to remember where we were as an organization in July 2007 and what we've accomplished since as a community. We've made great strides and I look forward to the Austin Police Department's continued success.”

Mayor Steve Adler said in a statement Thursday that the task of finding a replacement for Acevedo will not be an easy one.

“Losing Art Acevedo is a huge deal, and replacing him will be a daunting task in part because he gave so much of himself to his job and his community,” Adler said. “But Austin is a safe city with a strong police force, and we’ll have talented applicants to take his place. We’ll shortly have a new city manager and a new police chief, and this gives Austin a unique opportunity to enter a new era in our history.”

“The members of the association are excited for him because he gets to go on to the third-biggest city in the United States and be the police chief there,” Casady said. “It’s a huge opportunity for him and his family.”

Casaday said a change in leadership could be beneficial, citing several controversial discipline cases the chief and the department have faced.

“I know we’re ready for a fresh start,” Casady said. “We’ve had a lot of negative things that have happened in the last year. I think it’s good for not only Chief Acevedo, but for the Police Department to have a change-up.”

Houston’s public information office was not available to comment.