Keys to the Game: vs. Kansas 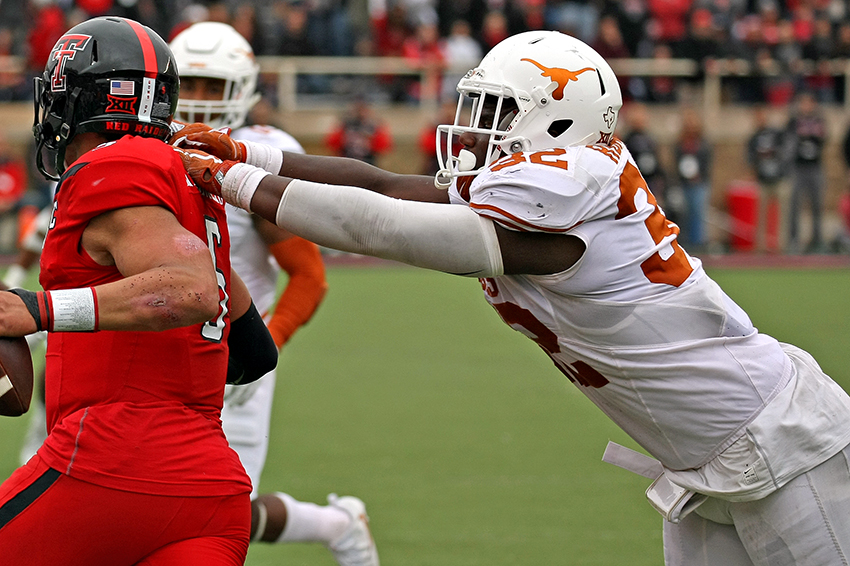 Texas is one win away from becoming bowl eligible for the first time since 2014 and has a 1-9 Kansas team on deck. The Jayhawks are also looking to accomplish something that hasn’t happened since 2014 — a conference win. The Longhorns will travel to Lawrence, Kansas, this weekend with the upper hand, but they can’t take that for granted.

Early in the season, the Longhorn defense struggled to force turnovers. But now that the defense has found its footing and has consistently forced turnovers the past few weeks, the offense can’t seem to capitalize and convert turnovers into points.

Texas forced four West Virginia turnovers on Saturday but failed to execute once the ball got in the hands of the offense. The Longhorns intercepted the Mountaineers three times and recovered a fumble, but only scored seven points in return. Texas scored a touchdown off one of senior safety Dylan Haines’ two interceptions on the day, but came up empty following the other three takeaways.

Junior running back D’Onta Foreman and senior quarterback Tyrone Swoopes both possess monstrous strength and the unique ability to run down defenders. Swoopes even has his own “18-Wheeler” package, meant to be utilized in short yard and red zone situations.

Down 17-10 with seven seconds remaining in the first half against the Mountaineers, the Longhorns were faced with a fourth-and-one situation on the two-yard line. But head coach Charlie Strong called upon kicker Trent Domingue, opting for three points instead of a touchdown. Domingue’s kick was good and brought the Longhorns within four, but those four points came back to haunt Texas as it lost by that many.

Bring on Hager and Roach

Sophomore defensive end Breckyn Hager is Texas’ leader in sacks and tackles for loss this season with five and nine, respectively. Hager has made a name for himself this season as a spark of energy that often ignites the Texas defense.

Freshman outside linebacker Malcolm Roach has also displayed a knack for charging the quarterback this season. Roach recorded a career-high seven tackles and three tackles for loss on Saturday against West Virginia, bringing his total to six tackles for loss on the season.

Hager and Roach have made huge contributions to Texas’ improved defense in the past few weeks. Texas should look to these two hard-hitters to pressure redshirt freshman Carter Stanley and make him squirm in the pocket.