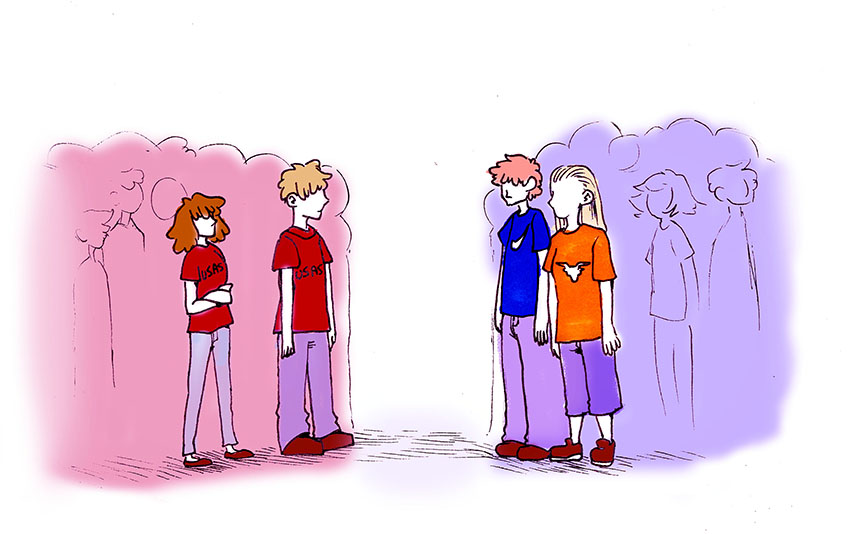 Students at UT-Austin have been working for more than a year now to bring better working conditions to those employed in factories with sweatshop conditions where UT-Austin apparel is created, according to a report from the Worker Rights Consortium, an organization who protects the rights of those who sew apparel affiliated with more than 150 universities, including UT.

Andrea Flores, co-chair of UT United Students Against Sweatshops, said the organization has been campaigning against Nike through protests and demonstrations for the last year to let the University know of the company’s business practices.

Flores and other members of USAS met with Nike and UT administrators Tuesday morning to address these concerns. She said the Nike representatives were only interested in giving a talk on strengthening business ties, rather than discussing working conditions.

“Our goals are to defend the WRC or [to] cut ties with Nike,” Flores said. “These reports are coming out, [but] all we’re talking about is strengthening business ties.”

Flores said USAS walked out of the meeting after Nike representatives refused to sign a form to allow the WRC into its factories.

“University students across the country are calling on their universities to sever business ties as all Nike collegiate apparel is being sourced from the Hansae factory in Vietnam where over 8300 workers were soon confirmed to be producing under sweatshop conditions,” USAS said in a press release.

WRC began investigating the Nike factory in Hansae, Vietnam, where all Nike collegiate apparel is produced, in October 2015 after they learned of worker strikes. Because Nike did not allow WRC to enter the factories, they used alternative means to investigate the factory, such as conducting offsite interviews with their employees. The report, released in May, found violations including excessive temperatures inside the factory, insufficient breaks, verbal harassments, forced overtime and firing pregnant workers.

The Fair Labor Association, an organization similar to WRC, was hired by Nike to investigate the Hansae factory, but Flores said there is a conflict of interest here since they were paid. The report released by the FLA confirms there was a strike for several days in October and November 2015 but for reasons related to bonuses and not working conditions.

J.B. Bird, UT director of media relations, said the University has worked with students in the past on the issue of worker conditions by engaging directly with Nike.

“The university takes human rights issues seriously,” Bird said in an email. “We work with two independent monitors, including [WRC,] an organization that United Students Against Sweatshops asked us to join. We are committed to pursuing our business affairs in a socially responsible and ethical manner.”

The University has not publicly addressed WRC or FLA’s reports.

UT-Austin signed a $250 million, 15-year deal with Nike in 2015. The contract is considered to be the largest apparel deal in collegiate sports history, The Daily Texan reported last year.