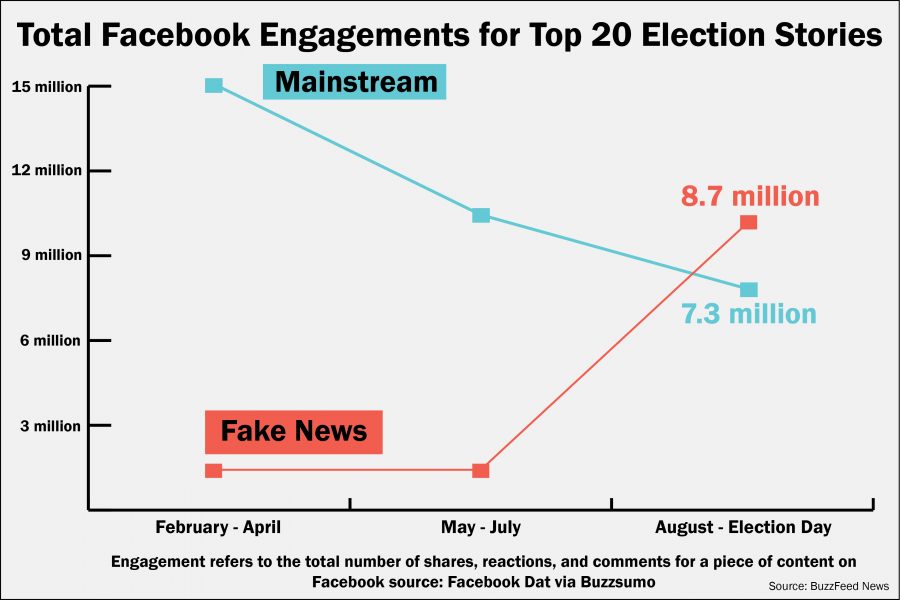 With the rise of fake news during the 2016 presidential election, Austin, Texas had its own taste of viral misinformation in the post-election aftermath.

“Anti-Trump protestors in Austin today are not as organic as they seem,” 35-year-old Eric Tucker tweeted on Nov. 9. “Here are the busses [sic] they came in. #fakeprotests #trump2016 #austin.”

Three pictures accompanied Tucker’s tweet, showing buses lined up along the side of the street.

In the days following the election, UT students and other Austinites took to the streets to protest Donald Trump becoming the nation’s next president.

Tucker’s tweet went immediately viral, being retweeted more than 16,000 times and favorited 14,000 times by other Twitter users. Other social media sites quickly spread the tweet through their own platforms.

It was confirmed a couple days later, the buses weren’t being used for protests, but rather a company’s business conference.

“There’s a tremendous amount of information you get about how trustworthy something is by the source,” Donath said. “If you have a source that you really trust, then you don’t have to look at them really carefully to know if they’re true, you’ve already decided this paper actually vets their [sources] fairly well. But a lot of the [news] people post on Facebook turns out to come out from random sources.”

UT journalism professor Robert Quigley said fake news is written to appeal to a specific view its readers may have.

“Fake news is written in a way that stokes peoples’ anger or fits their narrative and it’s purposely done that way,” Quigley said. “Since [fake news outlets] have no journalistic standards they have to follow, they can basically cheerlead and make something up that gets people going, which then causes people to share it on their Facebook because they feel vindicated.”

Quigley said Facebook’s efforts to prevent fake news will be a tough challenge and he believes people who post the fake news will continue to finds new ways to push fake news.

Mark Zuckerberg, founder and CEO of Facebook, provided an update to the Facebook community last Friday on his page on the company’s efforts to prevent the spread of fake news. Zuckerberg said the company is working on strengthening detection systems for fake news as well as improving ways for people in the community to report fake news.

Working with those in the news industry and fact-checking organizations will be a priority to tackle this issue, Zuckerberg said.

“We understand how important the issue is for our community and we are committed to getting this right,” Zuckerberg said in his post.

President Barack Obama addressed the fake news issue last Thursday at a press conference with German Chancellor Angela Merkel, as reported by USA Today, where he said young people should avoid complacency as citizens when looking for news. “If we are not serious about facts and what’s true and what’s not, then we have problems,” Obama said as reported by USA Today. “If everything seems to be the same and no distinctions are made, then we won’t know what to protect. We won’t know what to fight for. And we can lose so much of what we’ve gained in terms of the kind of democratic freedoms and market-based economies and prosperity that we’ve come to take for granted.”