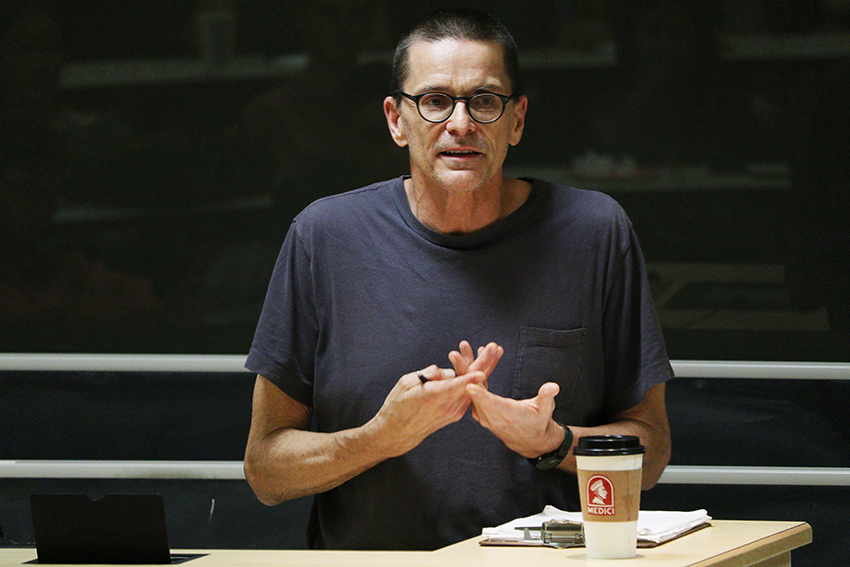 Four UT professors have been named on Professor Watchlist, a website that lists professors from universities across the country “who discriminate against conservative students and advance leftist propaganda in the classroom.”

The website, which first appeared early last week, is a project of Turning Point USA, a nonprofit organization which aims to educate students about the principles of free market and limited government. The website currently lists 150 professors from 110 universities and includes pre-existing news articles detailing incidents involving each professor.

Jennifer Adair, associate professor of curriculum and instruction, history professor Joan Neuberger, religious studies professor John Traphagan and journalism professor Robert Jensen have all been listed on the website for “advancing a racial agenda” and demonstrating “liberal bias in the classroom” at UT.

Adair is named on the website for proposing in a 2014 Washington Post editorial that educators teach children racial tolerance at a younger age to prevent racial prejudice. The website says Adair has pushed this opinion with required projects and assignments.

“She gives us a different perspective to consider, but doesn’t force us to adopt that perspective,” said finance junior Maria Lopez, who is currently taking a class with Adair. “She teaches about the importance of play in early childhood, which she has done research on for years. It would be silly for her not to give her personal opinions in this class.”

Traphagan appears on the Professor Watchlist for opinions he expressed on stricter gun control laws in a 2015 opinion column in the Dallas Morning News. Traphagan declined to comment.

Similarly, Neuberger, one of the leaders of Gun-Free UT, is listed on the website for spearheading anti-campus carry efforts last fall. Neuberger said the website falsely cites her methods as illegal.

“The entry on me in the Professor Watchlist is erroneous and says nothing about what I do in the classroom,” Neuberger said in an email. “We work hard to teach students to learn how to evaluate information found online, but some people still tend to believe what they want to believe.”

While Jensen is listed on the website for his criticism of the lax treatment of men in sexual assault cases in a 2014 essay, journalism graduate student Shelby Knowles said she does not feel that Jensen imposes his personal views on students.

“His personal opinions are rarely about the curriculum and are expressed in other comments or sidebars,” Knowles said. “He has never pushed an agenda or view onto students.”