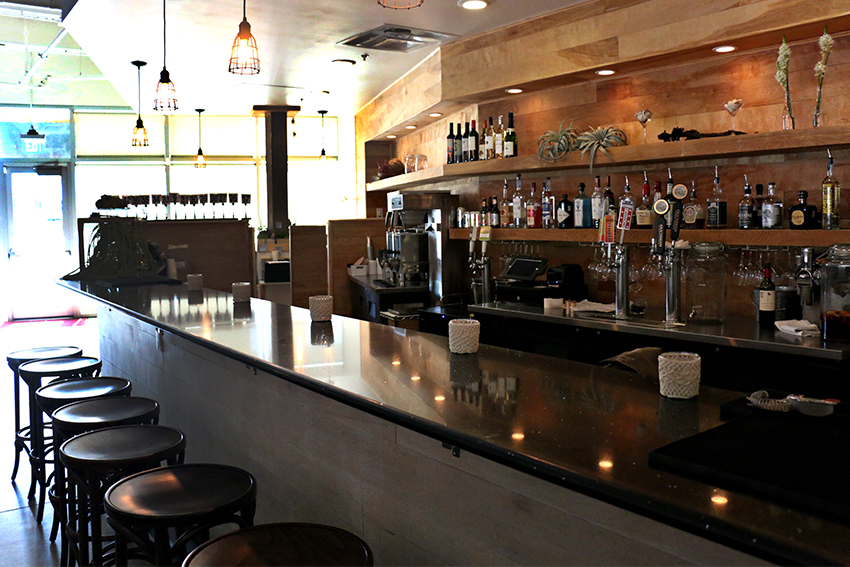 It only took one hungry kid for husband and wife Michael Moyer and Aimee Waldon to realize there weren’t enough quick and healthy options in the Austin area. Seven years later, they’ve taken it upon themselves to bring that option to Austin in the form of Citizen Eatery.

“This has been a work in progress, as we all are, for several years,” Waldon said. “It’s been a vision of ours for a long time to bring food that tastes good to the people of Austin.”

Specializing in veggie burgers was all Moyer and Waldon’s idea, but the execution of that burger came with a little help from a familiar Austin chef: Andrew Brooks, the man behind P. Terry’s veggie burger patty.

“Burgers are a part of American culture, but veggie burgers on any menu are always sort of an afterthought,” Moyer said. “We wanted to take the veggie burger and put it on center stage.”

In addition to veggie burgers, Citizen Eatery serves plenty of other original vegetarian dishes, some of which were inspired by meals the owners ate growing up.

“The Citizen Scramble came from my Aunt Ruby,” Moyer said. “She used to always make scrambled eggs and mix in cheese, mushrooms and a bunch of other stuff into this pile of yummy egg goodness.”

Despite serving only vegetarian fare, Moyer and Waldon said they’re trying to get carnivores to give Citizen Eatery a try too.

“We want more meat eaters in here,” Waldon said. “Everyone keeps saying they’re going to tell their vegetarian friends about us, which is great, but we also want carnivores to try our food and eat their vegetables.”

Citizen Eatery delivers on its goal to be enjoyable for carnivores. Customer and non-vegetarian Kendall Rabon said she will be sure to make a stop at Citizen Eatery every time she visits Austin.

“Their veggie patties are delicious and I think they could easily sell them in grocery stores,” Rabon said. “They really have something special here.”

The burgers certainly are delicious, blending the nice, smoky flavor of the veggie patty with fresh and crisp toppings. The avocado ranch generously poured atop the Citizen Burger is the perfect ingredient to balance the dish.

The Texas Tumbleweed fries served with the burger are essentially just butternut squash, sweet potato, zucchini and sweet onion noodles flash fried in rice-bran oil. While simple, this side is a great substitute for traditional french fries that doesn’t sacrifice any of the salty qualities that make fries so tasty. Their only shortcoming is that they are difficult to pull apart and dip in the house-made ketchup they come with.

The highlight of the menu by far is the Parsnip Waffle and BBQ. The waffle consists of spiralized parsnips bound together by an organic egg. The flavor of the waffle is mildly sweet and the egg base gives it a fluffy texture. The waffle is served with wilted seasonal greens and topped off with made-from-scratch barbecue shreds, which are similar to tofu.

The soybean shreds provide an ideal meaty texture, tasting more like chicken than the chicken nuggets served at any fast-food joint. The barbecue sauce that tops the dish off, which was made with help from the folks responsible for Franklin’s barbecue sauce, brings the waffle, greens and shreds together in savory harmony.

The owners of Citizen Eatery take visible pride in their work and are hopeful for their future in the Austin food scene.