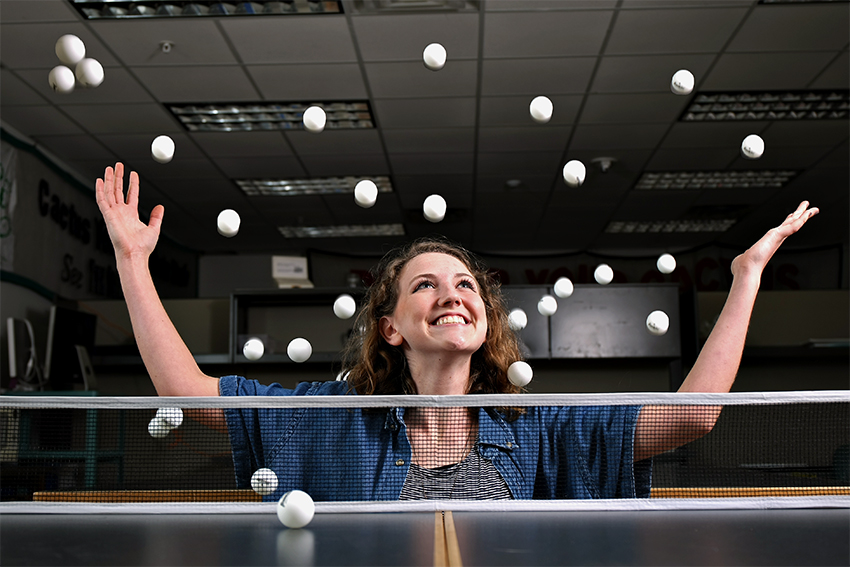 Editor’s note: A 30 column is a chance for departing permanent staff to say farewell and reflect on their time spent in The Daily Texan basement office. The term comes from the typesetting mark (—30—) to denote the end of a line.

During my first day as the Life&Arts editor, a sinking feeling settled in the pit of my stomach.

It was the same feeling I had standing in front of the Tower, parking my bike on a rack when I got a phone call from a certain angry someone.

It was the same feeling I had when I got a similar call stepping onto Zilker to cover ACL this year.

It was the same feeling I had when I stood before Danielle, helmet in hand, hoping to be hired.

I felt like a phony following Danielle and Cat’s goddess leadership. I was afraid.

But the things you’re afraid of are what give you the greatest opportunities for growth. And during my time at the Texan, I have grown — as a reporter, an editor and as a person.

I didn’t know if I wanted to be a journalist when I joined the Texan. It only took one semester for me to be hooked.

I started spending hours in the basement, rewriting ledes, trying to soak up my editors’ wisdom and learning how to be a real journalist.

Megan: You make the office a home. Don’t ever stop announcing your half birthdays.

KT: At first, I was too intimidated by your pitches on magic clubs, furries and emo puppet bands to talk to you. Little did I know, all it took was dumping some Jell-O on a stapler for us to become an unstoppable force. I know you’ll claim you’re “just doing your job,” but I owe you a big thank you for all that you’ve done this semester and beyond — that includes The Ritual and being there when I almost went “Live.”

Chris, Charles and Brian: We pretty much always gave you guys a hard time, but the truth is, you made the basement fun.

Peter: Thank you for the advice, guidance and ping pong.

The people at the Texan are what have made that feeling I felt, standing before Danielle my first day in the office, disappear. I’ve overcome the fear.

But as I drop my last story as Life&Arts editor and say goodbye to the Texan, I feel the same feeling settle in the pit of my stomach. Now it’s time to do something else that scares the hell out of me.