No. 6 Cardinal awaits No. 4 Longhorns in National Championship 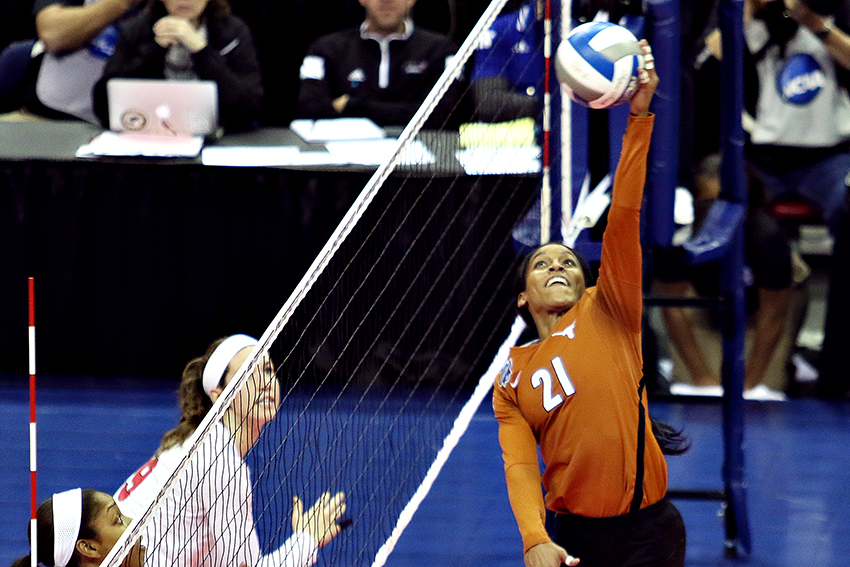 A rocky road of adjustments have paid off for No. 4 Texas.

After consecutive losses to Nebraska in last year’s National Championship and this year’s rematch at the VERT Challenge, Texas came out on top Thursday night with a 3–0 sweep to reach the NCAA national championship game.

Now, Texas takes on No. 6 Stanford at 8 p.m. on Saturday at the Nationwide Arena in Columbus, Ohio. The Cardinal is coming off back-to-back upset wins against No. 3 Wisconsin and No. 2 Minnesota.

“I mean, they are physically everywhere,” head coach Jerritt Elliott said of the Cardinal. “They are overwhelming at times. Their physicality can pose a lot of problems with their blocking.”

To get here, Elliott and the burnt orange had to change themselves multiple times throughout the season.

Texas has found an identity, and is confident facing a physical threat from Stanford. Senior setter Chloe Collins stands at 5 feet 7 inches and has held her own on the 5-1 offense, which requires the setter to be on front row for three rotations.

“I know Sulli [associate head coach Erik Sullivan] just tells me to always take away what I can take away and not try to be bigger than what I am,” Collins said. “You know, just don't let the height get to you, because most of the times the game is played around the net and not so much seven feet in the air.”

Texas lost to No. 1 Nebraska and No. 3 Wisconsin early in the season, but a later losses to No. 5 Kansas and unranked Iowa State caused more concern for Elliott.

“We made ourselves vulnerable to see what they needed,” Elliott said. “Before Iowa State, I would have told you we wouldn't be a Finals-type team. But I think what we do is we train our team to peak at the right time, physically, emotionally, and get them playing their best volleyball at the end of the year.”

Elliott made adjustments at the middle blocker positions, moving sophomore Morgan Johnson to the M1 position and moving senior outside hitter Yaazie Bedart-Ghani’s to the middle. The moves provided the missing pieces to the Texas offensive and defensive schemes.

“Having to step up and fill that role, very intimidating, because it's really big shoes to fill,” Johnson said. “And then just trying to build confidence with Chloe and the rest of my teammates was kind of rocky  at the beginning.”

Losses and recognized weaknesses have only added to the pressure of making the National Championship this year. After the Iowa State loss in November, Elliott met with the seniors for dinner to put the finishing touches on the team.

“We told them that we had two out of the three equations to be a great team and we just need one more,” Elliott said. “Because what you guys don't know is what we know, is how special you are and how good you guys can be.”