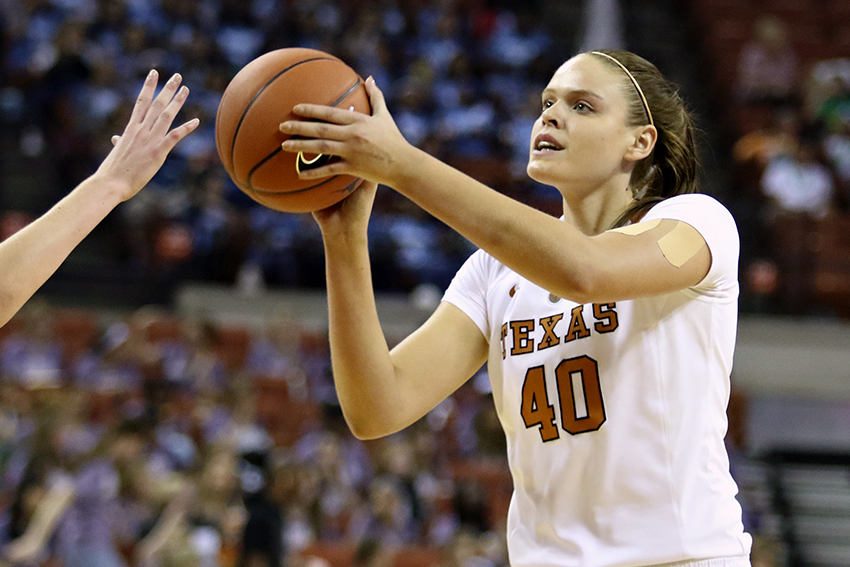 The Longhorns ended their non-conference campaign on a high note.

A career night for senior center Kelsey Lang helped Texas to its fourth-straight victory. Lang posted her third consecutive double-double, notching a career-high 23 points and 10 rebounds for the Longhorns while shooting a perfect 11-of-11 from the field for the first time in school history. The Woodlands native is averaging 14 points and 10.5 boards in Texas’ last four games.

Texas has outrebounded opponents in every matchup this season and continued the trend as they pulled down 44 against the Privateers. Freshman forward Joyner Holmes, who is averaging 6.5 rebounds per game, joined Lang with 10 rebounds on the night.

After taking a 43-28 lead into halftime, the Longhorns started the second half with a 7-0 run and continued to dominate as they limited the Privateers to only two points in the third quarter and 20 in the entire second half. Texas has held its opponent to under 50 points in two-straight games.

The Longhorns shot greater than 50 percent from the field for the second time in three games as they connected for 51.6 percent against New Orleans. Senior guard Jewel Angelo led the Privateers with 17 points on 7-12 shooting and junior guard Randi Brown followed with 14 points. Texas’ defensive effort proved to be effective as it held Brown to well below her season average of just over 20 points.

The Longhorns will ride a four-game winning streak into conference play, which begins on Dec. 29 as they host Texas Tech to conclude a five-game home stretch. The game tips at 7 p.m.