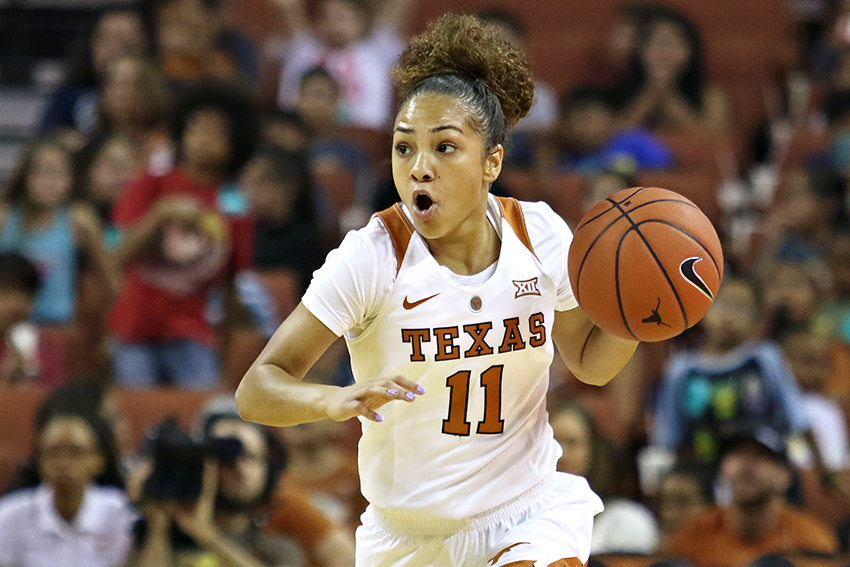 The No. 16 Longhorns started 2017 with their first road win of the season.

The Longhorns led for most of the contest, but the Cyclones stormed back in the fourth to give the Longhorns trouble. With 4:10 remaining, Iowa State went up 58-57, which was its first lead since the second quarter. But Texas battled right back, answering with a 9-0 run.

Junior guard Jadda Buckley’s three-pointer with 23 seconds remaining cut Iowa State’s deficit to three and a Texas turnover gave the Cyclones a chance to potentially tie the game. But the Cyclones threw the ball out of bounds, giving it right back to the Longhorns.

Junior guard Ariel Atkins led the way for the burnt orange with a season-high 25 points, including the go-ahead three-pointer that gave Texas a late lead it didn’t relinquish. Atkins shot 10–17 from the field and connected on 3–5 from beyond the arc.

The Longhorns will continue the new year on the road as they travel to Lawrence, Kansas, to take on the Jayhawks on Wednesday.