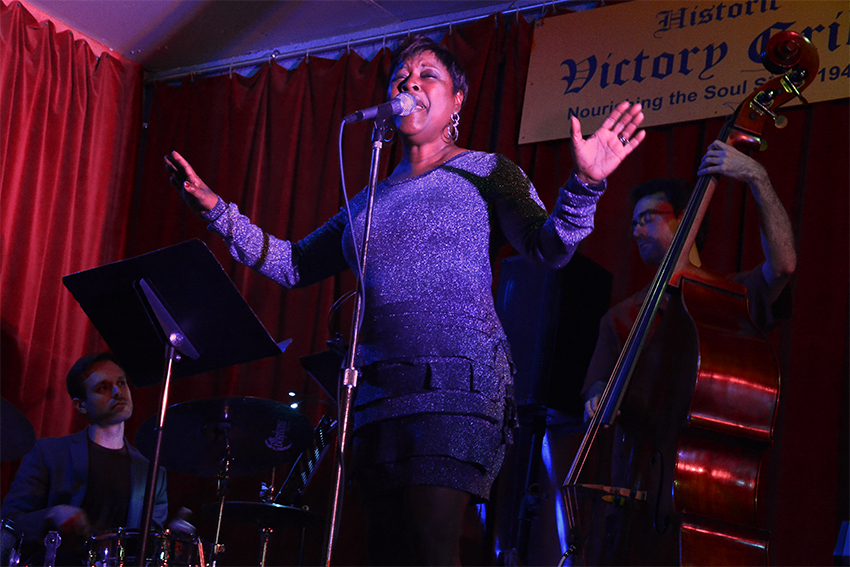 Both an academic discussion and musical performance, the event alternated between renditions of Billie Holiday songs performed by Austin jazz singer Pamela Hart and readings from scholar Tracy Fessenden’s new series on American religion and its relationship to American artists.

“The premise is that we can learn a lot about religion and various iconic figures in culture by studying religion around them,” Fessenden said. “Not necessarily what they thought or believed or didn’t believe, but how they were shaped by the religious pressures, or religious possibilities in their environment. So that was a really nice way to get at Billie Holiday’s life.”

Over the course of the evening, Fessenden told a narrative of Holiday’s life, from her early days in a Catholic upbringing, to her rise to fame after singing the political activist song “Strange Fruit” to her troubled days of fame.

“I became involved because I do Billie Holiday more than any other singer in Austin,” Hart said. “Harold McMillan was first approached because he’s into the history of jazz and blues in Austin, and then he referred them to me. So that was kind of an honor.”

Since its founding in 1945, the venue has established itself as a place “where black musicians on the Chitlin’ Circuit performed in segregated Austin of the post WWII era,” according to the UT website.

Jazz and blues musicians including Holiday, as well as Count Basie and B.B. King, have performed in the past, Hart said.

“When the place was first built back in 1945, the place had a lot of up and coming artists, particularly black artists, who were just trying to get their stuff out while the place was building a community,” Victory Grill manager Clifford Gillard said. “I think today, we find ourselves in that same kind of situation.”

Now, the venue hosts everyone from successful rock artists such as Gary Clark Jr., to ambitious rappers to jazz revivalists such as Hart, who spends time organizing jazz workshops when she’s not singing.

“I run a non-profit called Women in Jazz Association, whose sole purpose is to keep jazz alive,” Hart said. “We do concerts during the year, as well vocal workshops, and we have some youth programs for playing jazz concerts and vocals.”