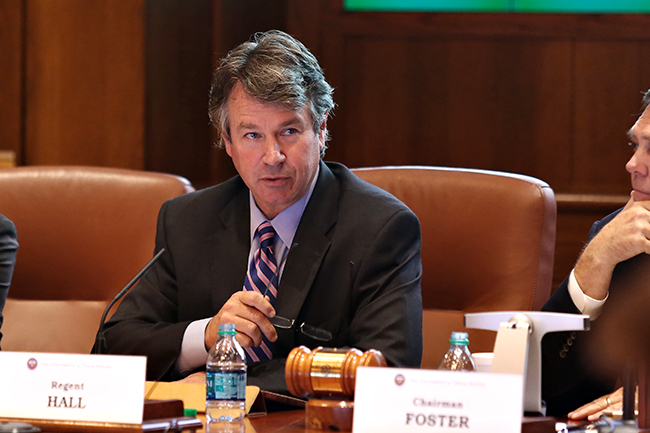 The court ruled Hall has no right to sue the chancellor and McRaven had the authority to deny Hall access to the student records.

Hall wanted access to student records in order to show proof of unfair admission of students with powerful connections. McRaven gave him the records but with students’ personal information redacted. Hall wished to have the personal information shared with him, which McRaven then denied to give.

Although the court ruled in favor of McRaven, the justices wrote in their ruling that they understood Hall’s quest to find information.

“He seeks information to educate himself and his fellow regents about issues of undeniable importance to the institution,” said Justice Devine, who delivered the opinion of the Court. “Facts are the greatest ally of those, like Hall, who seek to change the minds of others.”

Hall wanted the Court to expedite his case because his term as regent ends next month in February. Once he is no longer a regent, Hall would not have access to the records if the Court granted it to him.

However, Gov. Greg Abbott recently appointed three new regents to replace Hall and two other regents whose terms also end next month and who supported Hall in his quest, according to the Texas Tribune.

The confirmation hearing for the three new regents will take place Thursday in the Texas Senate.