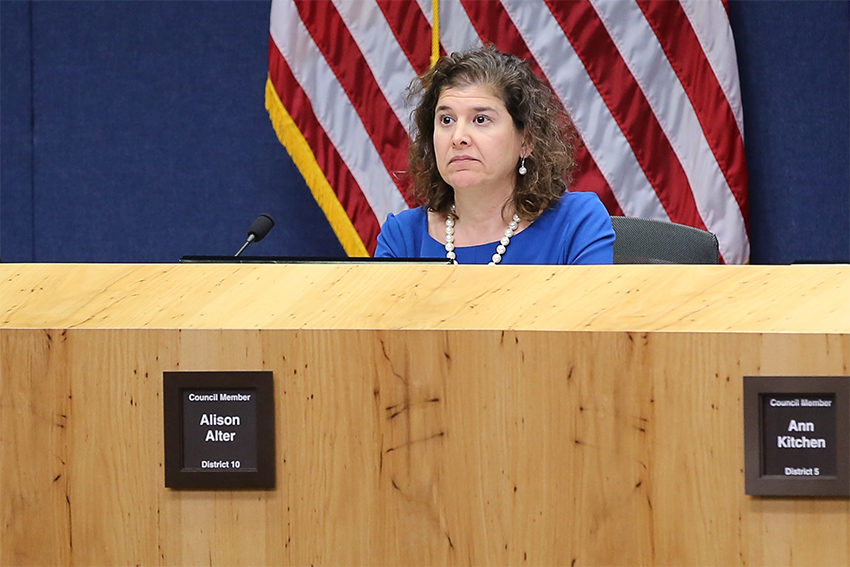 After much deliberation and amending during its meeting Thursday, the Austin City Council moved to require new buildings to function using energy from solar panels.

“There is going to be a time, very soon, even low-income homes are going to want solar because it reduces their utility bills,” Libby said. “The solution is very, very modest.”

To emphasize the potential affordability, Libby referenced the U.S. Department of Energy’s SunShot solar energy initiative, which reached its goal of reducing solar energy costs to a dollar per watt on a utility scale.

Glen Coleman, who lobbies for home builders, said making accomodations for such buildings will be challenging. For buildings to be “solar-ready,” they must have the available rooftop space and coordinating wiring and plumbing so solar energy is converted to the right facilities, according to Solar Simplified’s website.

Coleman said they took longer than expected to write a letter to the council becasue they were so frustrated with the proposal. Coleman said the home builders supported the same initiative in Dallas and San Antonio, but the cost and labor that would be required to accomodate solar panels in Austin is greater.

“Permitting costs are already exorbitant and much higher in this city than in other markets just to do anything,” Coleman said. “Just a permit to change a lightbulb is an extra cost here.”

Council Member Ellen Troxclair of District 8 asked the home builders how much it costs them to make these building accomodations for an average home.

“It’s very hard to quantify those costs on the residential side,” Coleman said. “It’s very difficult to price the opportunity cost that is lost. Our anecdotal estimates from our builders, it hovers around about 1500 bucks.”

Renteria said homeowners need to be completely informed on the financial benefits and costs of purchasing solar-ready homes.

“It does affect the affordability of a home,” Renteria said. “Even though I support the environment, I have a lot of problems with making these homes so expensive that none of our east side residents could afford to move in.”

Kaiba White of the Resource Management Commission, which advises Austin on the most energy-efficient practicies, said the long-term cost of the solar panels would benefit everyone.

“Although every person is not going to be able to have a solar panel on their roof, this is becoming more and more the standard option for homeowners,” White said. “It isn’t something that is driving up cost, it is reducing the operation cost of the building.”