Texas scorched in another road loss 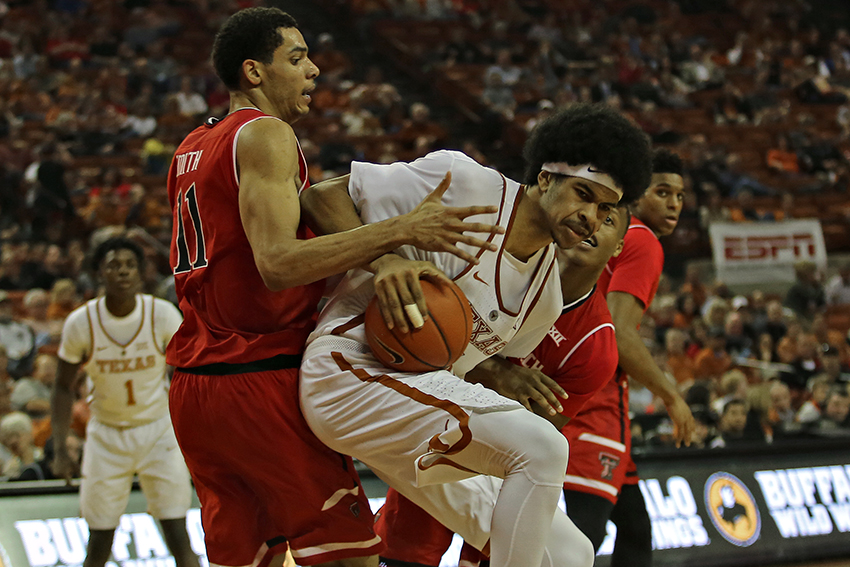 Texas played its 11th game away from the Frank Erwin Center on Saturday.

It ended the same way as the previous 10 — another tally in the loss column.

Oklahoma State torched Texas 84-71 in front of a rowdy group of fans sporting a brighter shade of orange than one the Longhorns wore.

“No question— to go on the road you can’t let a team score 84 points in their own building,” head coach Shaka Smart said. “On the road we have not been as good defensively as we have been in other games.”

While Texas came into the contest with the conference’s best three-point percentage defense, they were no match for the Cowboys’ long-distance attack. Oklahoma State drained 53 percent of its three point attempts, knocking down 10 in total.

The same success could not be said for the Longhorns. The team chucked up 23 shots from deep and only four made it through the net.

Despite Oklahoma State’s dominant offensive showing, the Longhorns controlled the game midway through the first half. Texas held a 23-15 advantage with 9:05 remaining in the opening stanza, and rode the wave of back-to-back jams from freshman forward Jarrett Allen.

That’s when the Cowboys went into high gear. The team went on a 20-2 run to grab control of the contest, carving up the Texas defense. Texas responded and managed to close the gap to 38-33 going into halftime.

But when the Longhorns took the court after the break, they were greeted by an Oklahoma State buzz saw.

The Cowboys opened up the second half with a decisive 10-0 run that established a 15–point lead just two minutes into the frame. The team scored on its first five possessions of the period and hit three triples in the process.

Texas was unable to pull the game back to within single digits. Whenever the Longhorns tried to swing momentum their way, the Cowboys responded with a timely three-pointer or key defensive stop.

Oklahoma State’s lead blossomed to as many as 20 points late in the half, before a late Longhorn run made the game’s final score more respectable.

“Coach preaches that defense and rebounds win games,” Hammonds said. “Once we started playing defense, rebounding, getting that transition, the floor opened up for us and baskets started opening up for us.”

Allen finished with 18 points and 10 rebounds for his ninth double-double of the season. Freshman guard Andrew Jones scored in double digits for the ninth consecutive game, scoring 16 points.

Sitting five games below .500 with only six games left in the regular season, Allen and Jones will need to be even sharper to will their teammates to late-season victories.