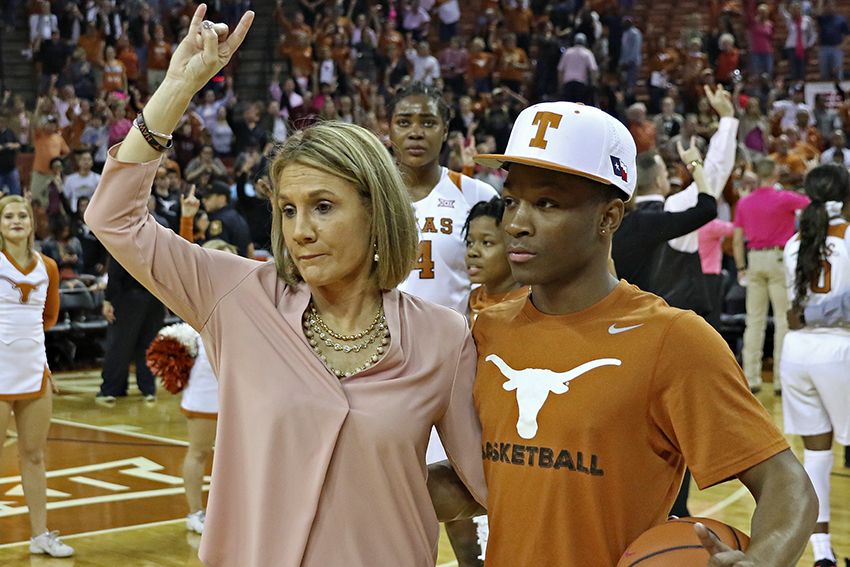 It’s clear that the Longhorns aren’t playing with the same sense of urgency they showed during their historic 19-game win streak earlier in the season.

It was evident when the Longhorns left Oklahoma’s best three-point shooter open in the corner with four seconds left in regulation Feb. 18, knocking down the game-winning triple that snapped the streak.

It was again throughout the ice-cold shooting performance in Sunday’s loss to West Virginia.

Texas has dropped four of its last six games since carrying the second-longest win streak in the nation at the time.

Winning came with excitement. But humility kept the Longhorns in check.

So what changed? Aston is the first to admit her team was looking forward to the next step instead of focusing on the task at hand as the regular season winded down, often appearing as if it were “in quicksand.”

“What I remember about that process of that win streak was just that every day they took one day at a time,” Aston said. “They didn’t look ahead to anything, and I think that late in the season we’ve gotten caught looking ahead.”

Texas’ double-overtime, 92-88 upset over then-No. 4 Florida State stands out to senior guard Brianna Taylor. Five Longhorns fouled out against the Seminoles, but nine players scored in the victory to keep the team afloat.

The same laser-sharp confidence that led Texas past Florida State and to a decisive victory over No. 2 Baylor back in February wasn’t apparent in Sunday’s 62-59 loss to West Virginia that sent the team packing from Oklahoma City.

The Longhorns shot a poor 33.9 percentage from the field against the Mountaineers, and only six players scored, but shying away from their standard “team-first” mentality and getting out-hustled is what stung the most.

“They out-competed us, and that’s disappointing,” Aston said. “Not too many people were productive today, including myself.”

Production up and down the bench boosted the Longhorns to six victories over AP Top-25 opponents this season, and they’ll need contributions from the entire roster to achieve their season-long goal of reaching the Final Four.

“I think that it’s very critical that the bench players contribute,” sophomore guard Lashann Higgs said. “Because you never know who may get in foul trouble or what starter might need a breather, so (we’ve) just got to be ready when our numbers are called.”

But this is it. It’s time for the big show. The Longhorns have 10 days to prepare for the first round of the NCAA Tournament.

“We need to get home and regroup a little bit,” Aston said. “Catch our breath in a sense and refocus on how we prepared and what we did in the stretch that we won 19 games in a row. We will be ready and be better.”