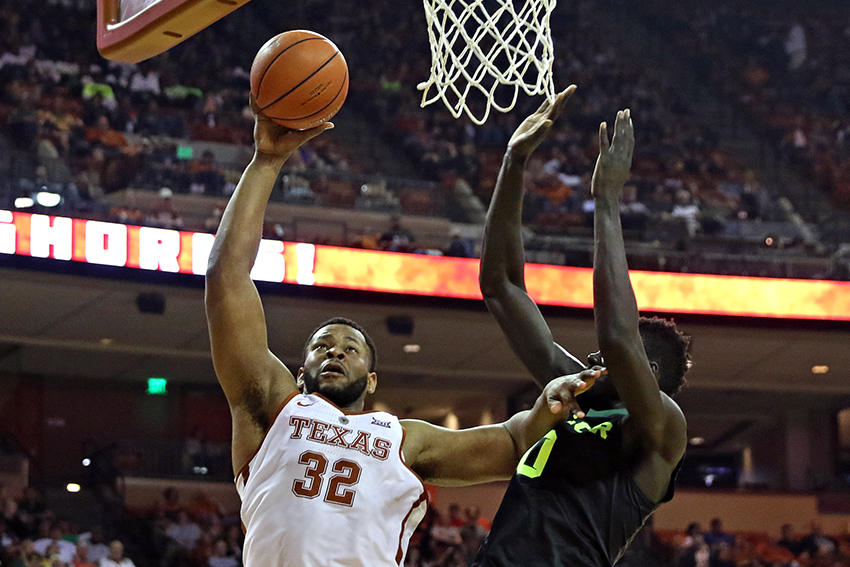 History is not on the Longhorns’ side.

If Texas is to win the Big 12 tournament and clinch an NCAA tournament bid, it’ll be the first time a 10 seed accomplishes the feat.

Since the conference tournament was started in 1997, no seed lower than No. 4 has ever brought home a title. Only one 10 seed has even qualified for the final.

The odds are stacked against Texas. But every March, there’s always a team that takes the country by surprise. The Longhorns think they can be that squad.

The two teams clashed last week, and it was the Red Raiders who came away with a 67-57 victory. Texas shot poorly and was largely uncompetitive in the second half.

The Longhorns played much better in their first meeting with Texas Tech, squeezing out a tight 62-58 win at home.

Senior forward Shaquille Cleare thinks Texas will be ready for the familiar foe.

“We’re due for a win,” Cleare said. “We just played (Texas Tech) earlier this week and we’re pretty familiar with them. We’re going to go up there, play hard and represent Texas.”

If the Longhorns knock off the Red Raiders, they’ll face-off against second-seeded West Virginia on Thursday.

The Mountaineers got the best of Texas in both of their matchups this season, defeating the Longhorns 74-72 and 77-62.

West Virginia suffocated the Longhorns defensively, forcing an average of 17 turnovers from both matchups. Defensive pressure has been the calling card of the Mountaineers all season, and the team leads the country in turnovers forced.

Head coach Shaka Smart said a short-turnaround matchup with the West Virginia press would be a challenge, comparing it with Atlantic 10 tournament games played during his tenure with VCU.

“I remember being a pressing team at VCU, knowing the two teams playing the night before were wearing each other out and knowing you were going to come into that game with a level of freshness,” Smart said. “That is a reward for the regular season that West Virginia had.”

The Longhorns will have their hands full making it through the first two games of the conference gauntlet.

If they manage to make it to the tournament’s semifinals, they’ll likely be greeted by third-seeded Baylor. And if the team can pull off that win, a matchup with top-seeded Kansas in the championship should be expected. Texas was unable to sniff a victory against either of those teams this year, being outscored by an average of 11 points in four losses to the Bears and Jayhawks.

The Longhorns’ path to a Big 12 tournament title is daunting. And if history is any indicator, the team has little shot at coming away victorious in Kansas City.

But then again, crazier things have happened this time of year.

“There’s been a lot of outside talk about our chances, but I still believe,” Cleare said. “This is March. This is where all the madness happens.”