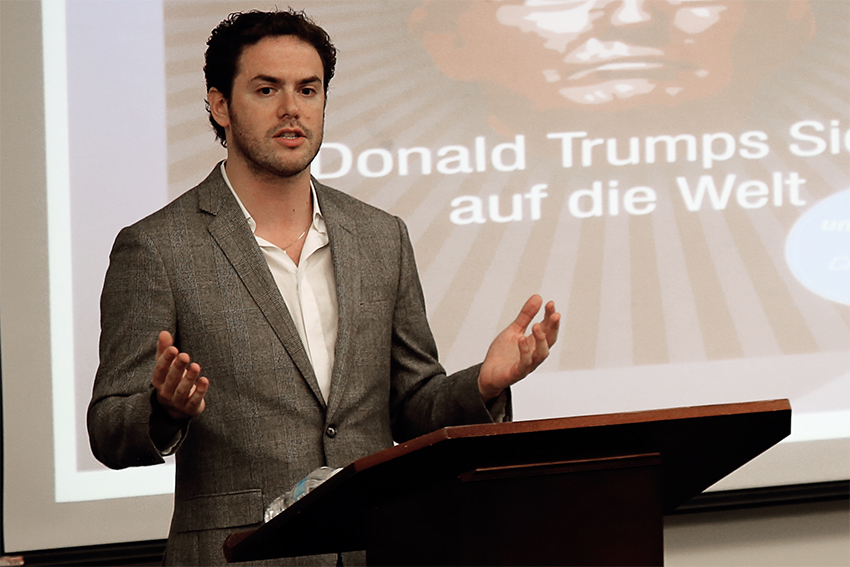 Laderman said Trump has maintained for decades that America has been ripped off by its allies and the international trade system, deprived of compensation for military interventions and managed by weak and foolish leaders in a Thursday discussion with LBJ School professor Jeremi Suri.

Laderman, who co-authored the book with Cambridge professor Brendan Simms, said Trump cares deeply about how America appears to the world and for the past 30 years has blamed both Republican and Democratic leaders for global events that conflict with American interests.

“This has led to the sense that America is a perpetual loser in international affairs, and it’s tied to the idea that we don’t win anymore,” Laderman said.

Laderman said Trump’s foreign policy remarks originated in a 1980 NBC interview in which he expressed embarrassment for the U.S. during the Iran Hostage Crisis, arguing that President Carter should have invaded Iran to free the American hostages.

“What you see (in Trump’s interview) is a Hobbesian perspective on international affairs, where strong nations act in the world to achieve their interests (and) ensure ‘respect’ — a word he constantly uses in the interview,” Laderman said.

Suri said Trump’s worldview is not intellectual but instead comprised of “a set of historically conditioned impulses, modes of behavior, postures and attitudes” that are “consistently pursued but are not open to debate and discussion.”

History Ph.D. candidate Emily Whalen said despite public discontent toward Trump, citizens should not be dismissive of his foreign policy.

“It’s very easy to just turn off your Twitter feed, and it’s very easy to log out of Facebook and disconnect from all of it,” Whalen said. “But what (Laderman’s book) is doing is an important step in an intellectual conversation … It does have really important ramifications.”