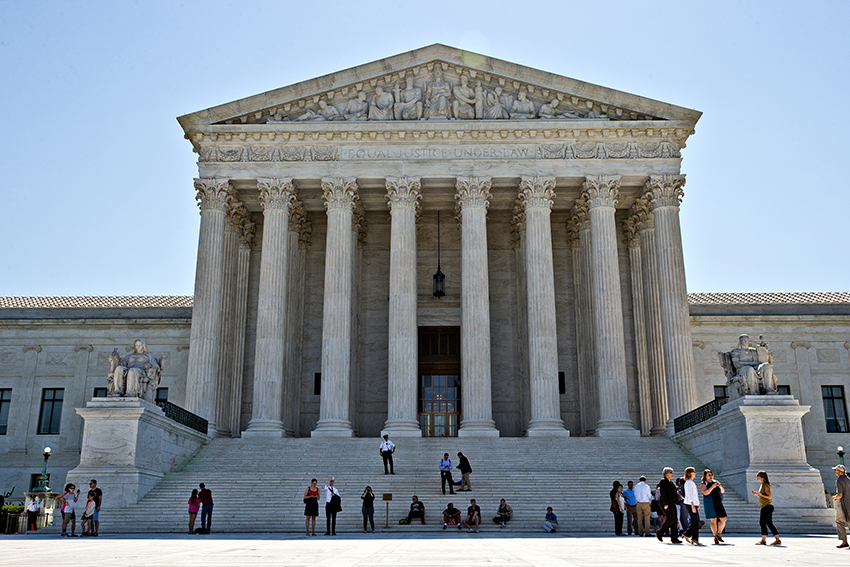 Attention Senate Democrats playing a game of Supreme Court Texas Hold ‘em: The river is about to be dealt, and all you’ve got is a pair of deuces. It’s time to evaluate Judge Neal Gorsuch’s qualifications for the nation’s highest court in a fair and reasonable manner. Vote your conscience, and then accept the outcome. Yes, it was wrong that Chief Judge Merrick Garland, a nominee overwhelmingly confirmed by a Republican-led Congress to the Federal bench, could not even get a hearing for his nomination to the Supreme Court. Yes, after the failure of President Trump and Speaker Paul Ryan to push through a repeal of Obamacare, you may feel emboldened to play the filibuster card, and hope President Trump puts forth a different nominee. Don’t do it. The President and the Republicans badly need a win. They need it now, and will be willing to change the rules to get it.

Consider the current state of affairs in Washington. The Trump administration continues to be dogged by allegations of colluding with Russian operatives to influence the election. We learned last week that unnamed members of President Trump’s team are subjects of an FBI investigation. This week, it was announced that Jared Kushner, President Trump’s son-in-law, will testify before a Senate panel regarding his potential links to Russian officials. By most any measure, it’s been a lousy two weeks for the President.

In addition, Congress was not successful in achieving the signature campaign promise of every Republican who has run for office since 2010: the repeal and replacement of Obamacare. President Trump hit the pause button, and is moving on to tax reform, an even more complicated negotiation with significant polarization among Republicans. For example, one of the key elements of Paul Ryan’s tax reform plan is the Border Adjustment Tax known as “BAT.” BAT would exempt exports from taxation, while placing a tax on imports. However, many Republicans, including multiple members of the Freedom Caucus, see this as an increased tax on consumers. Rep. Jim Jordan, R-Ohio, a House conservative leader, stated, “the idea that you’re going to add an entirely new tax is a big problem.” If President Trump thought health care reform was complicated, good luck with the tax code. These negotiations will likely occupy Congress for quite some time. In the meantime, confirming Judge Gorsuch provides the win Republicans need, and it comes at just the right time. While you can hold the threat of a filibuster over their heads, in the end it won’t matter. Republicans have the votes to change the rules from the required 60 for confirmation to a simple majority, and if you force them, they will.

Democrats, start thinking longer-term. Confirmation of the next nominee is the real battle. Two reliably liberal members of the Court are getting older: Justice Ruth Bader Ginsburg is 84 and Justice Stephen Breyer is 78. Moderate Justice Anthony Kennedy is 84. Chances are high there will be another vacancy on the Court within the next few years. The Freedom Caucus and other conservative Republicans are likely feeling pretty pleased with themselves right now. They held together with a solid no vote on an Obamacare repeal despite intense pressure from President Trump and Speaker Ryan. They will continue to try and expand their already strong influence, particularly in regard to the Supreme Court, an institution many conservatives view as having lost its way. They seek a Court dominated by members who interpret the constitution only as originally written, not as a living document reflecting the changes America has undergone over the past 241 years. They will fight hard for a nominee aligned to their perspectives. There is a risk that Judge Gorsuch’s views might start looking more like those of Bernie Sanders when compared to the next nominee. Once the Senate confirmation rules change to a simple majority, good luck to you, as that nominee will likely be easily confirmed. Then, the conservative wing would have a clear majority, and the Court may make a hard right turn in a way most Democrats will find upsetting to say the least.

So Democrats, this is not the fight to fight. Save it for the next one. The nomination rules can still be changed, but if you’re opposing a nominee further to the right of Judge Gorsuch, as they likely will be, you’ll have more political capital in your pocket. You’ll hold better cards than the pair of twos you have now. Then, who knows what the river will send your way.

Finally, it is a sad state of affairs to be sure. The days of a civil and fair Supreme Court nomination hearing resulting in bipartisan support are long gone. The Supreme Court, that great institution intended to be the ultimate, nonpartisan arbiter of all that is fair and just in our society, is now being politicized. We wish it were not so, but it is our current reality. Such are the cards we’ve been dealt.

Meneghetti is a Plan II and history senior from San Fransisco, California.