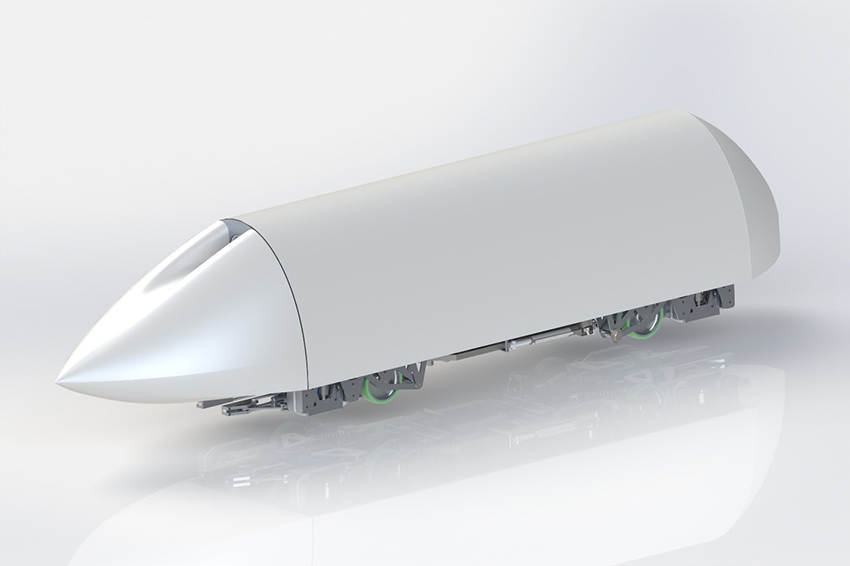 Innovative design choices helped a group of UT students advance to the final round of a SpaceX competition to design a cutting-edge form of transportation technology.

Hyperloop is a revolutionary mode of travel proposed four years ago by Elon Musk, founder and CEO of spacecraft manufacturing company SpaceX. Hyperloop is meant to improve public transit and could potentially move at hundreds of miles per hour, according to the SpaceX website.

A working prototype for Hyperloop has not yet been achieved, but a team of roughly 50 UT students attempted to design a pod for transportational use. Their team, 512 Hyperloop, found out last week they would be one of 24 teams in the final round of the SpaceX competition for university students this August.

“To make it to the top 24 was not something that we were 100 percent sure we were going to make,” Rashed said. “We took some risks (with the design) … and we were worried that SpaceX wouldn’t value the risks we took as much as we did.”

Aerospace engineering junior Daniel Cha, external vice president of 512 Hyperloop, said the unique design elements of the pod may be a result of the demographics of the team, as the team is made almost entirely of undergraduate students.

“Having a group of undergrad students brings innovation to our team,” Cha said. “They’re not very bound by what can work and what can not work, because we don’t know too much.”

Though having a younger group incites creative thinking, Rashed said the UT team is faced with disadvantages as well. She said a lack of hands-on builders will complicate the work in the upcoming months.

Team president Brian Poteet, a mechanical engineering senior, said a practical Hyperloop design might never become a reality, but the competition is still an important way for engineers to experiment with the concept.

There is no official material prize for the competition, but SpaceX has expressed the possibility that they will contract specific students from the event to work at the company, Rashed said.

512 Hyperloop is currently in the recruiting process, and Poteet said he hopes the team will eventually grow to about 75 students.