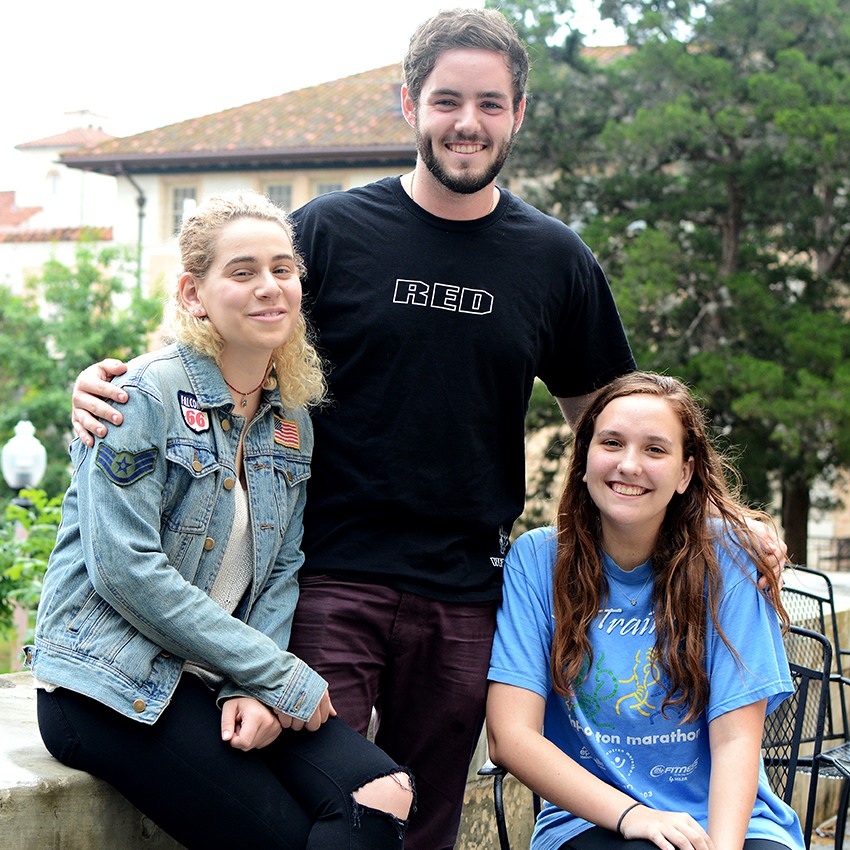 Shooting at 17 separate locations throughout Austin, including where Richard Linklater shot “Boyhood,” is the dream for some aspiring filmmakers. But some UT students have already made this their reality.

Each year, Delta Kappa Alpha, the professional cinema fraternity at UT, is alloted a $1,000 grant to fund a student-run film production. This is the first year the funds have been allocated toward a stand-alone TV pilot — “Rent Controlled,” an episode surrounding a couple that breaks up but refuses to move out of their shared. Rent-controlled apartment. Sophie Miller, radio-television-film junior and the writer, director and actor for “Rent Controlled,” said she promoted the shift from short films and music videos because of her personal interest in television.

“There is something great about having a pilot and having it stand on its own,” Miller said. “I wanted it more towards character focus, and the plot to be more everyday life. Something that you can relate to, that’s also funny.”

They hope to expose students to the various aspects of the filmmaking process, so they not only respect everybody’s role in the production process, but also gain an understanding of their own cinematic strengths.

Kate Hess, radio-television-film sophomore and producer of the project, said the pilot comes with more freedoms than projects with faculty involvement.

“There aren’t any rules,” Hess said. “We can do whatever we want with the project.”

Grayson Blackburn, radio-television-film junior and the director of photography, said another component of independently controlling this project is that the students are one another’s only resources.

“As a student filmmaker, throughout your college career, you are your everything,” Blackburn said.

Due to the dependency the students have on one another, Miller said their personal and professional relationships are strengthening.

“One of the best things about film school is meeting other people in film school, because that’s who you’re going to be working with after college,” Miller said.

Miller also said the experience simulates the expectations of workplace respect and decorum, even though there is a sense of leniency associated with peers being in charge.

“Being able to learn how to give orders and take orders from people that are your age and feel comfortable with, but also respect their artistry, is such a great experience,” Miller said.

Aside from giving students a unique learning experience, Blackburn said “Rent Controlled” has provided an opportunity and forum for the students to really prove themselves and their talent.

“A lot of people don’t realize the potential and talent that students have, but I think we have a lot more passion for things that people don’t realize,” Blackburn said. “When it’s student-led, we have an extra obstacle, so we have to push even harder to get to that level of professionalism to make it not look like it’s a student-led production. We have to prove it’s not any less quality.”