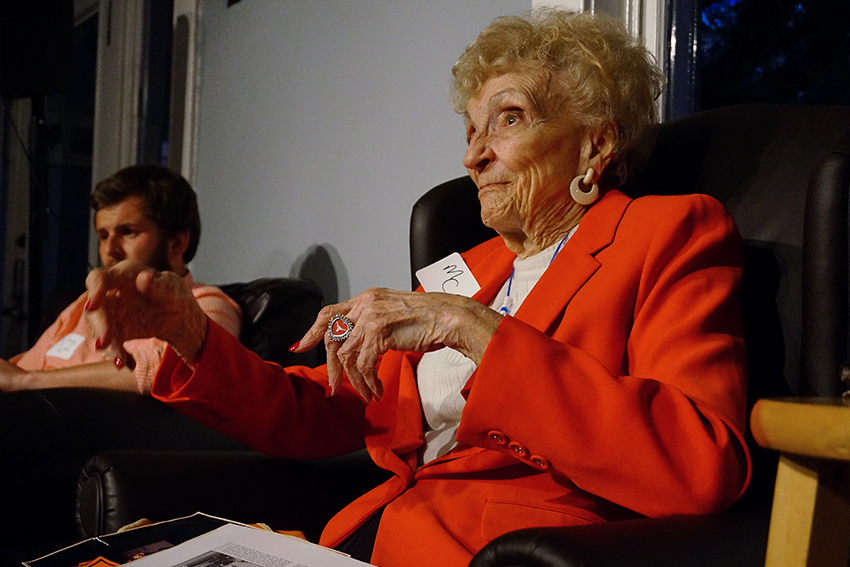 The Tower remained dark Monday night as the University honored distinguished alumna Margaret C. Berry, who died just after midnight Sunday, according to the Austin American-Statesman.

“Margaret Berry touched the lives of tens of thousands of people in the UT-Austin community,” UT President Gregory Fenves said in a statement. “As a history graduate who (became) a beloved teacher, a dean who mentored hundreds of students and later a University historian and adviser, she made the Forty Acres a better place. Our thoughts are with her family as we remember and celebrate her rich,
accomplished life.”

Berry received her Bachelor of Arts in history from UT in 1937 and later studied at Columbia University, where she earned her master’s and doctorate in history. After completing her doctorate program, she went on to Navarro Junior College where she was a dean and history instructor. She moved on to become the dean of East Texas State University in 1950.

In 1961, Berry returned to UT to write a dissertation on student life and campus traditions. She became the University’s associate dean of women in 1962, one of the numerous roles she held at the University until she retired in 1980.

“She was all about the ultimate mentorship, taking everybody under her wing and promoting UT,” close friend Clare Chaney, a former student, said to the Austin American-Statesman. “Privately she had a little mischief to her — a little Tom Sawyer. She had a great sense of humor.”

In 2012, Berry was honored by the University when the atrium of the Student Activity Center was named after her.

Funeral arrangements have not been announced yet.