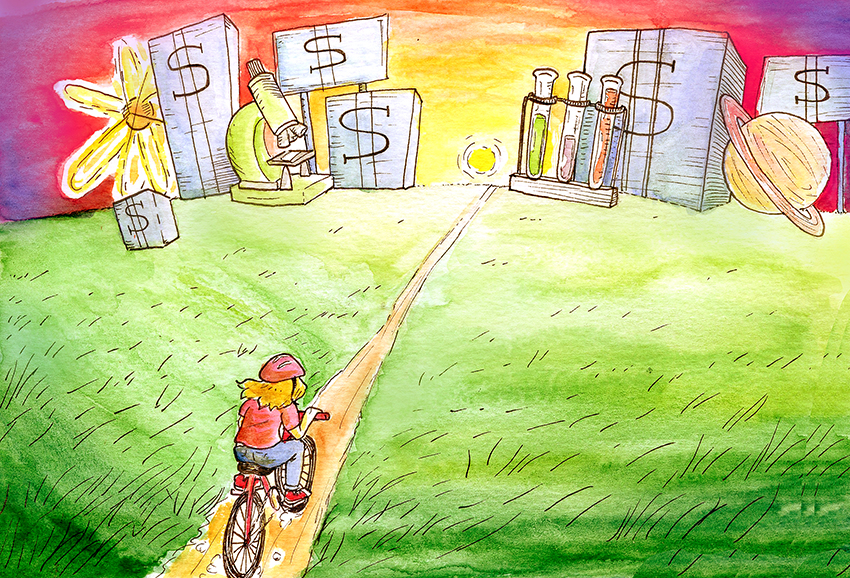 Chris Condit, founder of Texas 4000 and UT electrical engineering alumnus, was inspired to start the nonprofit during his undergraduate years at UT because of his experience with pediatric cancer. Condit said harrowing chemotherapy treatments and experiencing the hospital environment made giving back to the cancer community a life goal.

“When you’re in that environment, you saw people who were not doing well, such as kids with no hair and scars on their head from surgery, which was pretty jarring,” Condit said. “I just felt like I had to give back to that community.”

Condit said researchers are selected to receive funds from Texas 4000 at the recommendation of UT’s Biomedical Engineering Department.

Biomedical engineering assistant professor Hyun Jung Kim plans to use his portion of the funds, which were awarded in early March, to develop a microchip that simulates the environments surrounding colon cancer cells.

“The silicon polymer of the microchip (that we’re working with) tries to mimic the host microbe system,” Kim said. “We are utilizing the structural components of the device, taking patient samples, and placing the cells into the chip with bacteria to demonstrate the patient’s key physiological functions.”

Kim said the chips can then be used to demonstrate how host cells work with their surrounding environments to respond to stimulation or irritants such as toxins that may cause cancer. Beyond simulation, the chip has potential applications in drug testing, Kim said.

Kim said he hopes to use the chip to test drugs on cancer cells and develop precise, personalized and patient-specific treatment.

The remaining percentage of patients have a prostate cancer that doesn’t need treatment. Liu said the ability to predict castration resistance, or the invasiveness of cancer cells, in prostate cancer is necessary to save time, health and cost for the patient.

When cancer cells transition from being anchored to tissue to circulating throughout the body in early metastasis, the circulating tumor cells can be detected from a blood sample. Liu is one of the first researchers working to develop this technology to distinguish between dangerous and harmless cancer cells using a tracking device that can track the dynamics of an EGFR protein, which is linked to several types of cancer cells.

According to Liu, detecting the movement of the EGFR protein on the cell surface could possibly serve as a biomarker for not only prostate cancer, but also breast cancer detection, which is an area Liu hopes to explore in the future.

Condit said the funding from Texas 4000 allows both research groups to continue their research and explore these questions.

“The students are the ones who power our fundraising and alumni to raise 7 million since the ride started,” Condit said. “We’re growing our presence in continuing to support research at UT.”