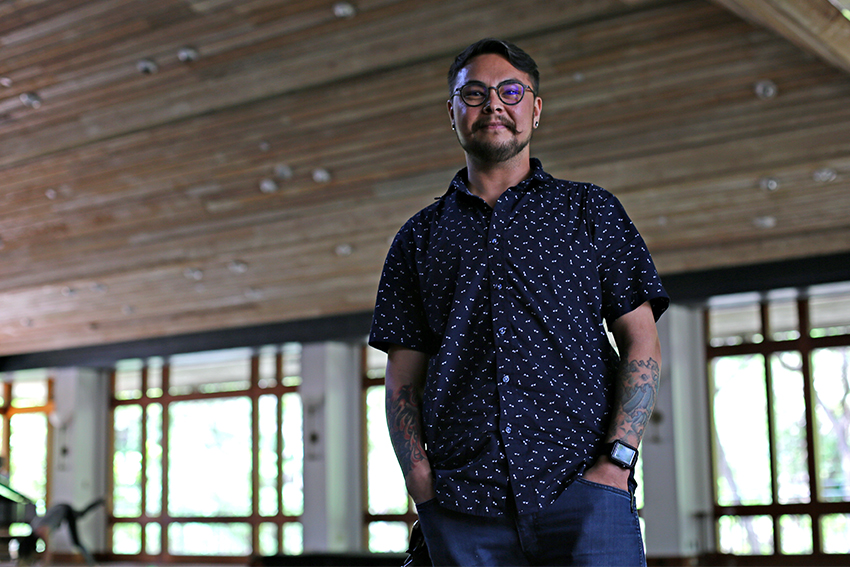 During an appointment with UT’s Counseling and Mental Health Center, Thatcher Combs said the counselor repeatedly expressed his surprise that Combs was transgender instead of addressing the mental health problem with which he needed help.

“The person that spoke with me, the entire time, did not actually focus on what I came to speak about,” said Combs, a sociology graduate student. “But continued to refer back to, ‘Oh, you’re trans? I wouldn’t know you’re trans.’ The obsession with … how I looked was really disturbing.”

Combs said he refuses to go back to CMHC as well as University Health Services for its medical services because of the experience, and said many other transgender people have experienced harassment or been denied service because of their identity.

“Some institutions are much more further along than we are here at UT, and we certainly recognize that and want to be able to provide this type of service as part of our core line of services,” Straten said.

“We’ve heard individual stories by students … that have been very moving to me personally in terms of transgender students feeling microagressions or feeling discriminated against or potentially physically threatened when they’ve tried to seek services off-campus,” Straten said.

Staffers will attend conferences with experts to learn about treatments such as gender affirming medication therapy, which provides people the right hormones to maintain their gender.

Sara Oswalt, the chair of the American College Health Association’s LGBTQ+ Health Coalition, researches sexual health and said providers must know how to consult patients on the changes happening to their body.

“If you’re a person who is wanting to seek out male hormones, which is going to be testosterone, you’re going to have an increase in facial hair or body hair,” Oswalt said. “Sometimes those physical changes can be uncomfortable or difficult. That’s where the conversation with the provider … will help them guide what levels need to be adjusted or not.”

Above all, Straten said doctors must know the right terminology and openly approach any situation to make the patient comfortable and cared for.

“If we misgender the student or misidentify the student … all that good medical work and that knowledge basically goes out the window,” Straten said. “Because then we’ve potentially come across to the student as being disinterested or disgenuine or ill-informed.”