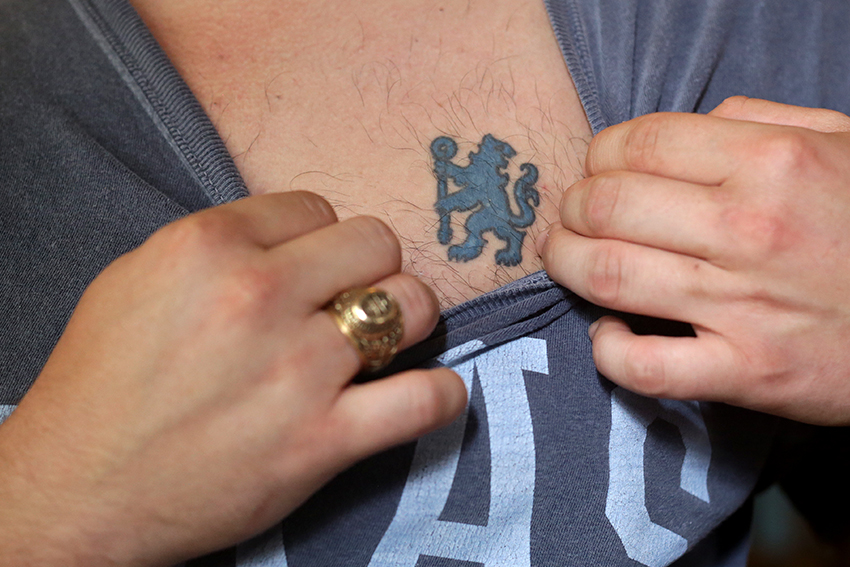 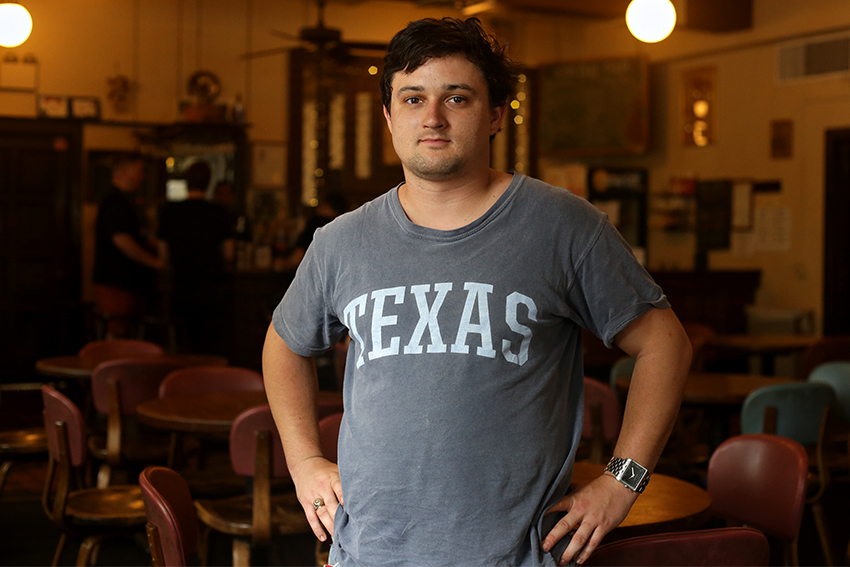 English senior Zach Royston became a lifelong fan of the English Premiere League Soccer team Chelsea after attending a soccer clinic led by their coaches as a child. This passion has endured his whole life, and he celebrates them with a tattoo on his chest.

“I got it because I have pride,” Royston said. “I’ve been to the stadium, and I watch them a lot. I’m a huge fan.”

After playing soccer in high school, Royston knew he wanted the tattoo, but worried about where to get it. Because soccer fans are so passionate about their favorite sport, placing it in an easily visible location would have had potentially dangerous consequences.

“I got it on my chest because if I was to go somewhere they didn’t like me, then it wouldn’t be a good thing,” he said. “But Chelsea has a huge following. They’re getting ready to win the English Premiere League.” 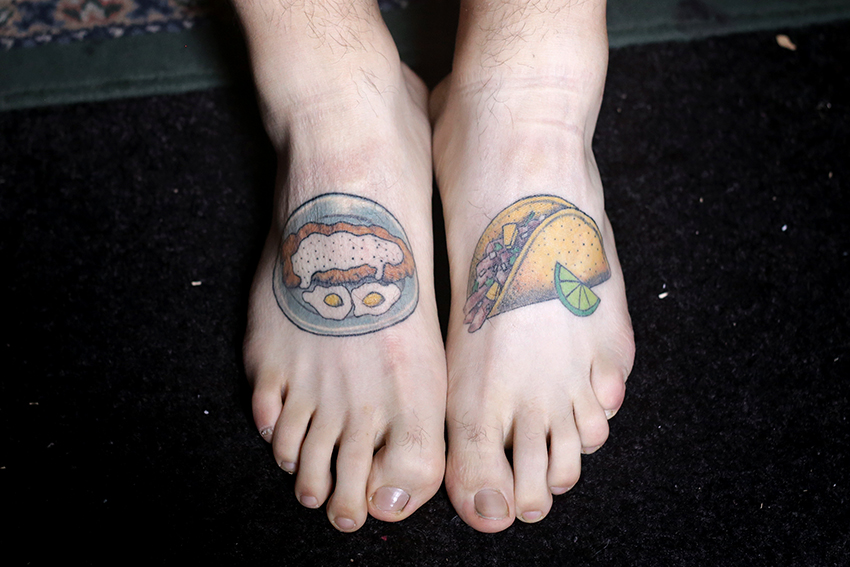 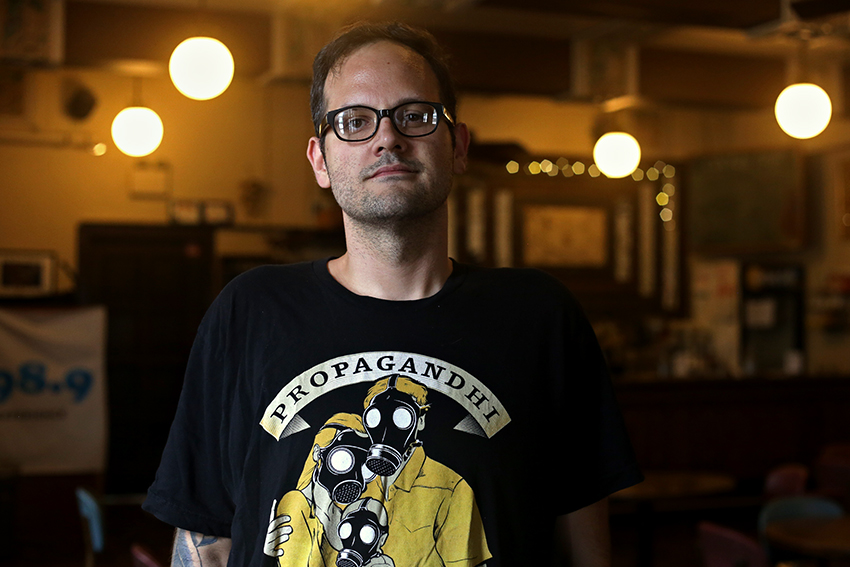 Tattoo lover and Cactus Cafe bartender James Morgan has many tattoos on his body, but his favorite is an inside joke that spans both of his feet.

By combining a classic Navy tattoo with his sense of humor, the tattoos proudly announce Morgan’s jokester personality.

“There’s a tradition in the Navy where you get a rooster on one foot and a pig on the other,” Morgan said. “Being a UT grad and a bartender, I went the sarcastic route and got a chicken fried steak with eggs and an al pastor taco.”

Initially born as a superstition that would supposedly prevent sailors from wrecking their boats, the tattoo is more than Morgan just turning an old tradition on its head. 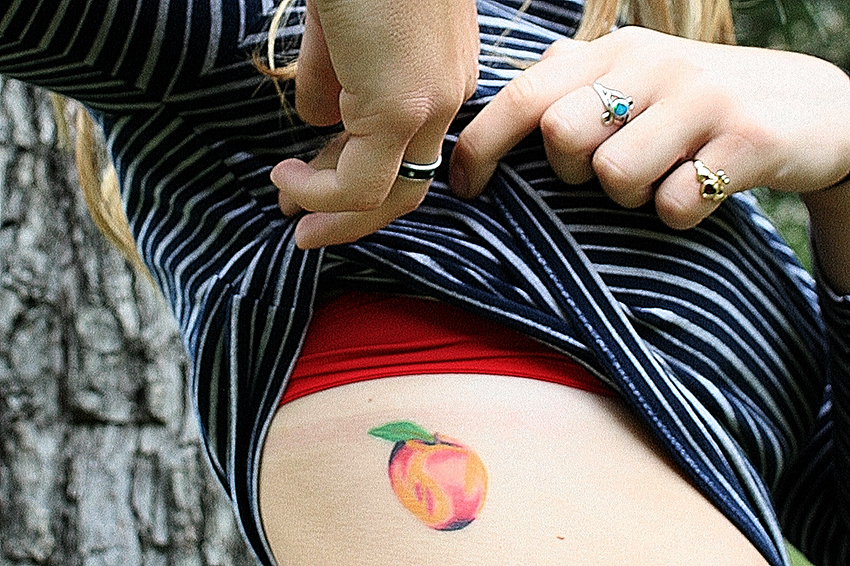 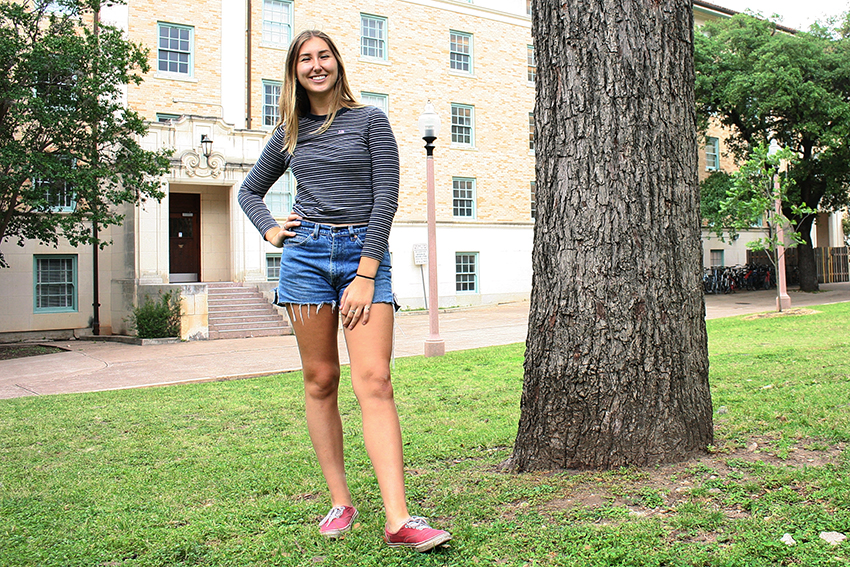 When she turned 18, communication leadership freshman Alexis Fischer knew she wanted a tattoo. The ideas of self expression and individuality are important to her, even though she did not know what design she wanted.

“I don’t really feel like people need a reason to get a tattoo. If you want something on your body, just do it,” Fischer said. “Even if you have the same tattoo as somebody, it means something different.”

While looking at a peach necklace she was wearing, inspiration dawned on her. So, she headed to the tattoo shop and got the peach tattoo that currently marks her side.

“I was born in Georgia, so my mom called me a Georgia peach. It’s my favorite song by my favorite band, The Front Bottoms, and life is peachy,” Fischer said. “Then I was like, ‘Why not? I’m gonna die.’”