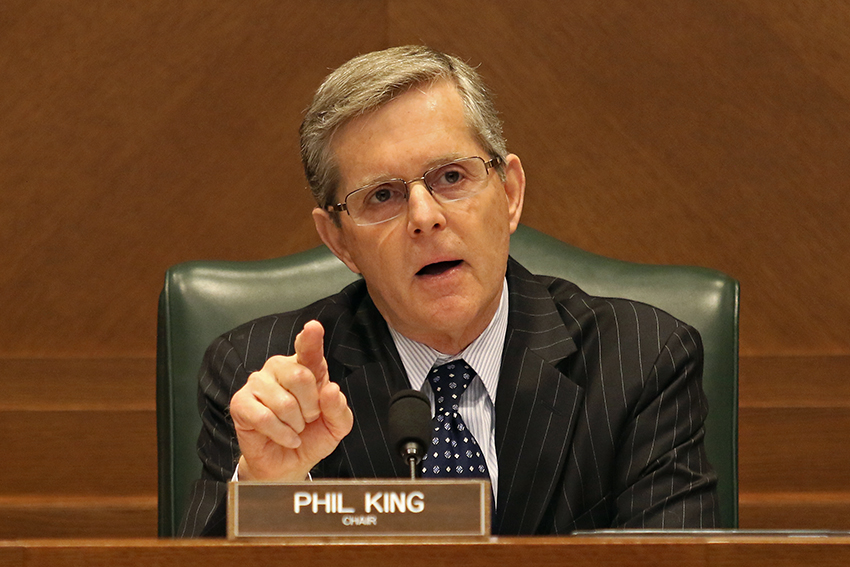 Legislation that would allow people over the age of 21 to carry a handgun without a license was passed out of a House committee Tuesday.

House Bill 1911, authored by state Rep. James White, R-Hillister, was approved by the committee of Homeland Security and Public Safety by a vote of 6-2 along party lines.

The version of the bill the committee voted on was significantly different from the original version debated three weeks ago to address some concerns raised during public testimony.

Weatherford Republican Rep. Phil King, committee chairman, said there were concerns from universities, especially private institutions, that the original bill would dramatically change or abolish campus carry. King said the current version of the bill, however, would not affect campus carry legislation passed last session in any way.

“I think there is still going to be a lot of discussion as it moves toward the full floor and while it’s on the floor,” King said. “But I want to commend Rep. White for the steps he has taken on it.”

Under the updated version of the bill, a person would have to meet all of the current requirements to obtain a license in order to carry without one. These requirements to carry include being 21 years of age, having no felony charges on their record and having no other restrictions from purchasing a firearm. The previous version of the bill lowered the age of unlicensed carry to 18.

Additionally, the bill would remove places of worship as places where guns are prohibited, but these institutions would be allowed to put up signs banning guns. The bill would also require all guns openly carried to be in a holster but doesn’t limit that holster to one on the belt or shoulder.

Rep. Matt Schaefer, R-Tyler, said he supports the new measure but would rather work with House Bill 375 by Rep. Jonathan Stickland, R-Bedford, or the original version of the bill.

“The committee substitute on 1911 as laid before us now does not meet the definition of constitutional carry as I would describe it,” Schaefer said. “Despite my concerns with parts of it that I believe are too restrictive and don’t really meet with the ultimate intent of what we are really doing here, I believe we should move this issue forward.”

Rep. Gina Hinojosa, D-Austin, said she was worried the bill would make it harder for law enforcement officials to do their jobs.

“I believe we have responsibility to do what we can to have responsible laws of all sorts, even concerning guns that keep our public safe,” Hinojosa said.

The committee provided an update on HB 375, which would change campus carry laws by allowing any person above the age of 18 to carry a handgun without a license as long as they can legally obtain the weapon.

King said he has been in contact with Stickland and has made suggestions for a committee substitute but doesn’t know if one will be submitted. King said HB 375 is “still alive,” but remains pending.