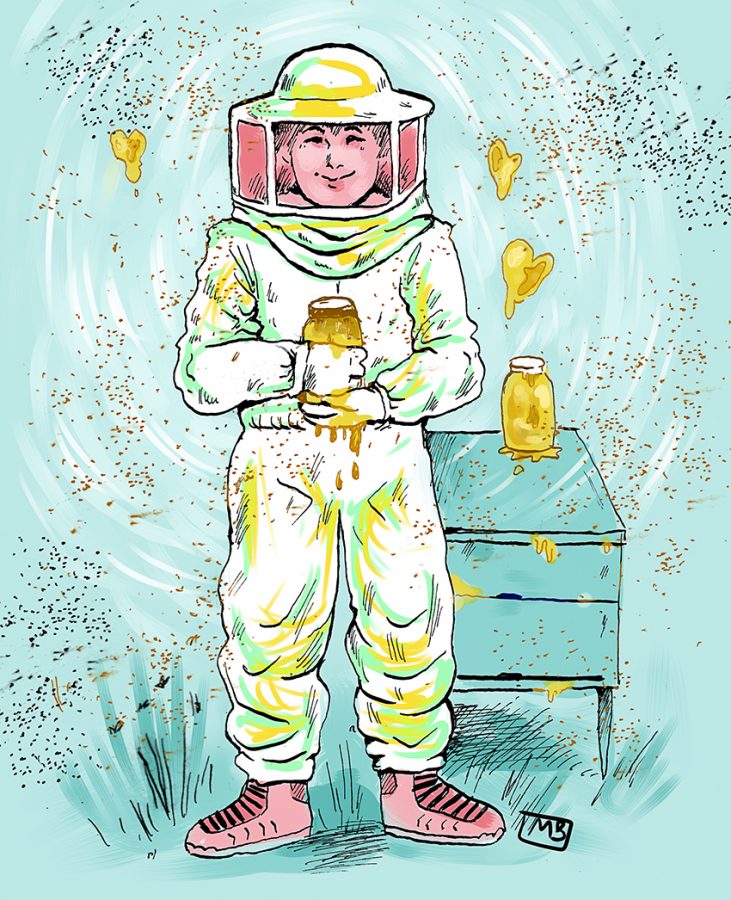 Nothing lasts forever, but bacteria living in the guts of some bees have been around for 80 million years.

Nancy Moran, UT integrative biology professor, recently worked with Waldan Kwong, evolutionary biology postdoctoral researcher at the University of British Columbia, to study different kinds of social bees, which live in hive environments. The study found that a group of five gut bacteria has been passed down through generations of social bees, suggesting that these bees have an important relationship with their
gut bacteria.

“All animal species, from insects to humans, interact with microorganisms,” Moran said. “(The) research is aimed at understanding how these interactions work, and how the microorganisms affect the host.”

Moran said bees are different from other insects because they have specialized gut microbes, or bacterial environments within the gut, from spending so much time in close contact with each other throughout their lives.

Kwong said this social behavior allows for microbes to be shared among bees and stay within colonies for a long time.

“(The relationship between bees and their gut microbes) is similar to how people in the same household are more prone to pass an infectious cold to each other,” Kwong said. “Except here, bees live in colonies of tens of thousands of members, and the microbes involved are beneficial.”

According to Kwong, having a consistent microbiome helps the bees’ health.

“In bees, we have evidence that their gut bacteria can help in digestion,” Kwong said. “The gut bacteria can also stimulate the bee immune system and have been associated with decreasing infection.”

The researchers extracted DNA from the guts of 27 bee species across four continents to help identify the gut bacteria within each of them.

Moran said the similarities and differences in gut bacteria across bee species can also help explain the evolutionary history of bees.

Moran said the team constructed an evolutionary tree that connected multiple modern-day bee species back to one common ancestor. She said five different species of bacteria that entered and colonized the gut of this common ancestor 80 million years ago have been passed down to today’s bees.

“For me it was very rewarding to see that the bacteria have a long history of evolving with social bees,” Moran said. “It’s something I first suspected way back in 2008, when we first started studying the bee bacteria, and saw similar bacteria in a bumble bee and in a honeybee.”

Moran added that after acclimating to the bees’ gut environment, the gut bacteria can no longer live outside the environment. The bees have also changed physiologically to accommodate the bacteria, with lower of levels of oxygen present in their gut than in the atmosphere.

Kwong said he hopes to continue exploring the relationship between bees and their gut bacteria.

“How gut microbacteria evolve alongside their hosts is not well understood, so it is an important area of research right now,” Kwong said. “There are over 700 known species (of bees) … so there is a lot of diversity out there that has yet to be examined.”