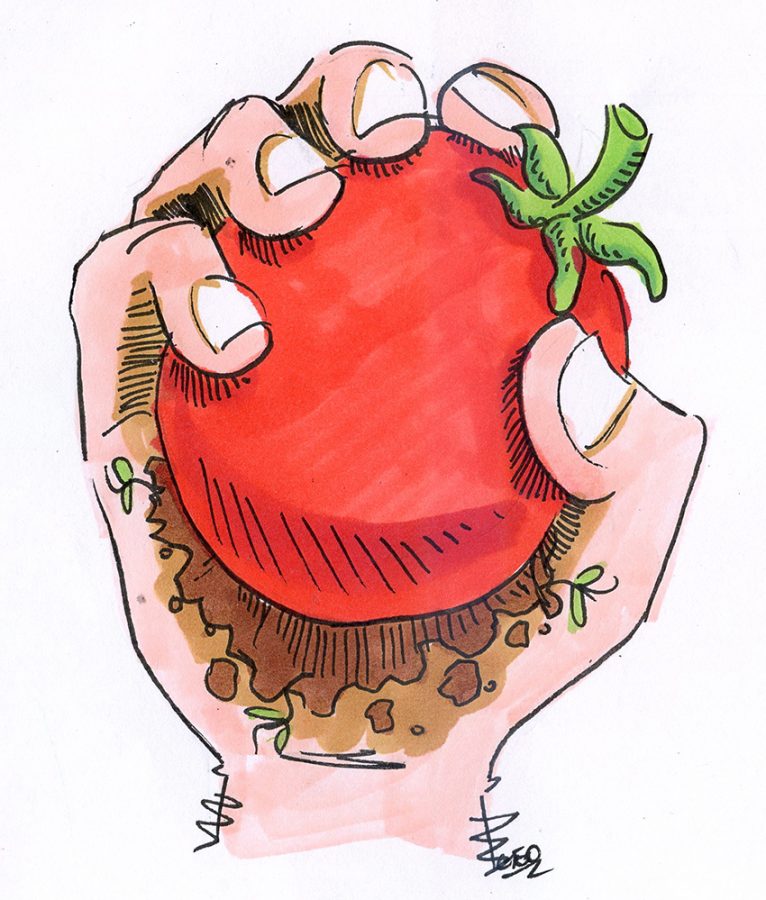 UT students might be accustomed to organic food stands and specialty food stores in the heart of Austin, but organic farming is just catching on in the rest of the country. Members of the UT community give insight to how organic farming benefits the Earth.

The organic food industry saw its largest annual dollar gain ever in 2015, producing $43.3 billion total in organic product sales, of which, $39.7 billion were organic food sales, according to the Organic Trade Association.

James Collins, a government and environmental sciences junior and ambassador at the Campus Environmental Center, said that he became interested in organic farming in his hometown of Buda, Texas, and continues the practice here at UT’s Microfarm.

“Personally, there’s a lot of reasons I find organic farming intriguing,” Collins said. “To me, a large part of organic farming is learning how to work in conjunction with the land, plants, and even bugs on the farm as opposed to dominating and controlling them.”

The U.S. Department of Agriculture defines organic farming as a production system that integrates cultural, biological and mechanical practices to foster the cycling of resources, promote ecological balance and conserve the lives of plants and animals in the region.

Organic farmers commonly apply manure to crops instead of fertilizer, recycle water supplies, refrain from conventional pesticides and keep antibiotics out of livestock, in order to conserve the contents of the soil and preserve farming yields in their most natural state.

One third of all the greenhouse gas emissions around the globe come from industrial farming, according to a 60-country study by the Consultative Group on International Agricultural Research. The study found that the use of fertilizers is the main source of these emissions.

“Most fertilizers that industrial farmers use are forms of energy: nitrogens and nitrates are put on plants in very large quantities,” said Steven Moore, UT architecture professor. “When it rains, those nutrients go directly into the water table or into local streams and rivers, which is a major source of pollution.”

Moore added that it takes more energy to add and get rid of these nitrogens than fertilizers produce, which makes using fertilizers a losing a battle for overall environmental quality.

One way to get around this large amount of pollution, Moore said, is to build environmentally-conscious structures.

“One of the things that we can begin to do is integrate the built environment and organic agriculture,” Moore said. “Organic urban farming, for example, helps produce local foods and radically reduces the energy that goes into farming because it’s not transported from places like California and Mexico, which contributes to air quality issues and climate change.”

Moore added that organic farming is good for people as well as the planet.

“I think people enter organic farming because they want to eat well themselves, while simultaneously contributing to public health,” Moore said.

Collins and Moore also had a few tips on how to achieve a greener lifestyle. Collins said he squeezes the most he can of the products he consumes.

“I compost my table scraps; travel as close to the ground as I can; carry silverware, a cloth napkin, and a water bottle; and don’t buy things if I don’t need them,” he said. “I’ve been learning how to build and repair bikes, and I’d like to learn how to sew and mend clothing soon.”

Moore said he tries to buy as much organic produce as he can.

“On Saturdays my wife and I always go to the farmer’s market, we buy produce from people we know,” Moore said. ”When we go to major grocery stores, we buy as little as we can, and try to buy from ones that sell
organic produce.”