Longhorns look to divide and conquer at outdoor season meets 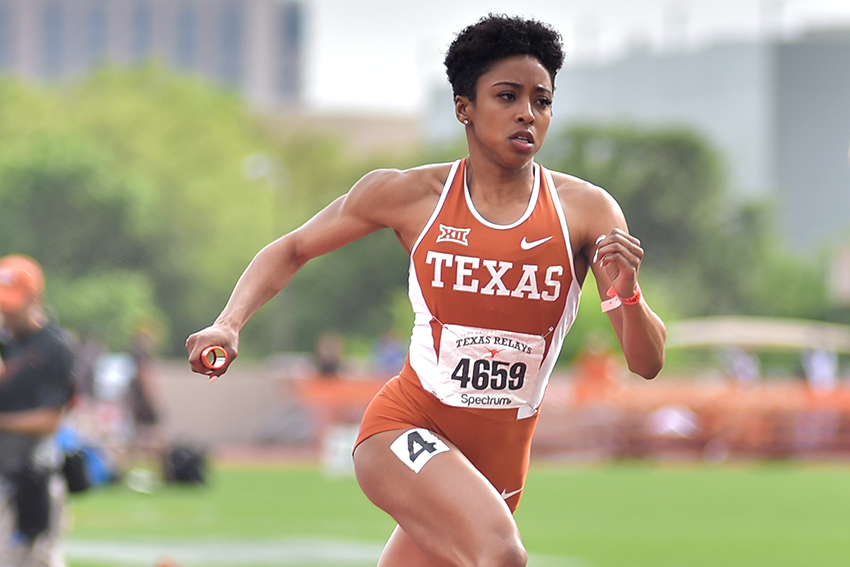 The field, sprints and distance crews each travel to different meets this weekend. While splitting up is common during the indoor season, it doesn’t typically occur outdoors.

“It always looks better while you’re still in the fall,” head coach Mario Sategna said. “But you want to be able to provide opportunities for your top athletes.”

Throwers and pole vaulters have the shortest trip among the groups. They head to Baylor for the Michael Johnson Classic on Friday.

Sprinters, hurdlers, long and triple jumpers trek to Baton Rouge, Louisiana, on Saturday for the LSU Alumni Gold. Texas has been very successful at the meet in the past — former Longhorn Courtney Okolo set the collegiate record in the women’s 400-meter dash at the meet in 2015.

“We’re going to have some really good competition (there), but we’re never going to shy away from that,” Sategna said. “I think strategically you have to look at what’s going to provide the best and that’s why we split.”

The distance crews jet off to Stanford for the Cardinal Classic, a two-day meet that starts on Friday. The meet is considered a distance carnival, with many of the longer races taking place at night to provide the best conditions for the athletes.

Though most of Texas’ distance athletes are freshmen or sophomores, they have still been major contributors for the team this season and will look to hold their own against
top-tier opponents.

“(We’re going to) just get out there and compete as if it were conference,” distance coach Brad Herbster said. “We’re not chasing times, just looking to compete and win heats. If you win your heat, odds are you’ll end up with a good time.”

The men and women’s teams currently are ranked No. 10 and No. 9 in the NCAA, respectively.