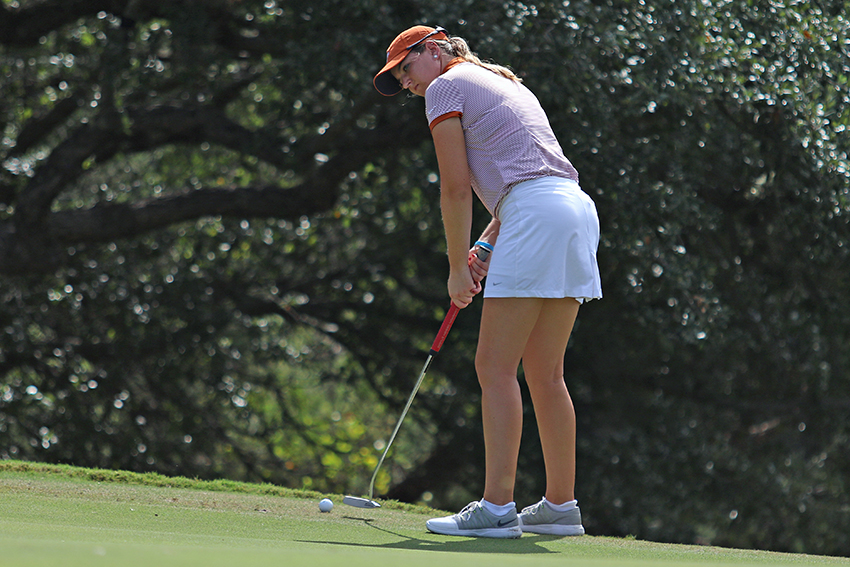 With the regular season at a close, every stroke now matters.

After finishing top-five in their past three tournaments, the scorching-hot No. 23 Longhorns are ready to put a stamp on their reinvigorated season before the national postseason tournaments begin.

Friday through Sunday, the Longhorns will be competing in the Big 12 Championship at the Dominion Country Club in San Antonio, Texas.

Texas will battle against the best the Big 12 Conference has to offer, including the likes of No. 17 Baylor, No. 18 Oklahoma State and No. 20 Oklahoma. A total 11 of the nation’s top 100 female collegiate golfers will be participating in the tournament.

Texas’ own top-60 golfer, junior Sophia Schubert, will head the charge for the Longhorns. Schubert is coming off of a stellar performance at the Lady Buckeye, in which she won the tournament by five strokes.

Schubert tied for second place in last year’s Big 12 Championship and is seeking the top prize this time around. Texas as a team also finished in the No. 2 slot last year, and hopes it can do the same.

The fourth-seeded Longhorns will tee off at 9 a.m. Friday morning, paired against in-state rivals Texas Tech and TCU.