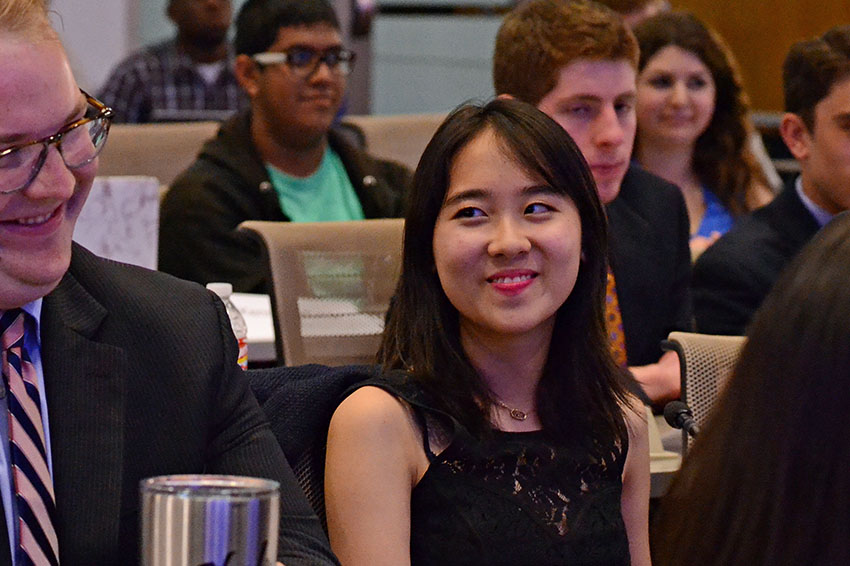 Shannon Geison, a government and marketing senior, represented Assembly Resolution 3 which was unanimously passed in support of implementing a system to display all minors and certificates on official transcripts.

“This is incredibly important, because a lot of students feel as if their academic credentials are not accurately represented on their transcript,” Geison said. “I think this is a great opportunity for students to feel that their qualifications are validated.”

SG unanimously passed Joint Resolution 1 in support of placing feminine hygiene products in campus buildings with high traffic, which was passed by the Senate of College Councils last Thursday.

Assembly Resolution 1 was passed in support of House Bill 1938, which would create an opt-out organ donation policy on driver’s license registration and is scheduled for a House Transportation Committee hearing tomorrow. In addition, SG passed Assembly Resolution 7 in opposition of Senate Bill 2119, which would change the top 10 percent automatic admission law for Texas public universities. The bill is awaiting a vote in the full Senate.

SG introduced Assembly Bill 1, which would require the creation of executive summaries for SG legislation.

“These can provide clarity, efficiency and transparency to legislation,” said business freshman Michael Walsh, a co-author of the bill. “By providing these, you can make student assembly meetings more efficient because they can cut down on discussion big time.”

Walsh said the bill was inspired by similar legislation enacted by the Senate of College Councils last fall.

“When people who are not familiar with SG legislation are looking at SG legislation, sometimes it’s just very overwhelming,” said biology sophomore Angela Kang, a co-author of the bill. “It’s very hard to understand all of the details.”

SG also appointed directors for 23 different agencies for the upcoming school year at the meeting.