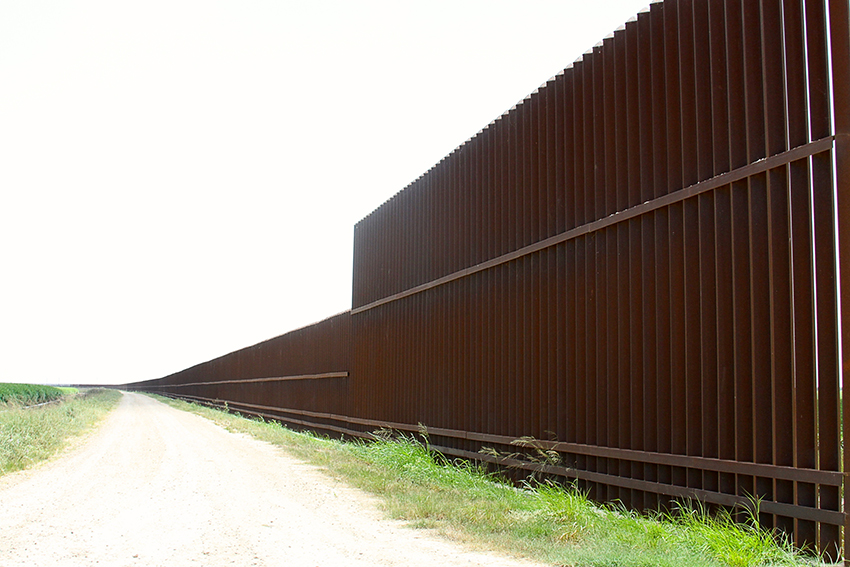 For the past decade, a wall of wire and fencing has stood between two neighboring cultures — a physical divide between U.S. Latinos and their heritage.

On April 27 and 28, the Bernard and Audre Rapoport Center at the UT School of Law is set to host The First Decade of the U.S. – Mexico Border Wall symposium. They hope to bring to light the current and future effects of the wall on both sides of the divide.

“We hope to foster a collective intervention in thinking about the significance (of the wall),” said Mexican-American and Latino studies lecturer Olivia Mena. “Part of it is addressing (a) forgetfulness about the wall that already exists and reflecting critically on the proposals that have gone out on this new bigger, more intensive structure.“

A decade after the signing of the Secure Fence Act, Mena, who helped in organizing the event and will be speaking during The Built Wall panel, said this year seemed like an appropriate time to hold this event.

“Now that the new  (bid requests) have gone out for the construction of the new border wall,” Mena said. “We thought this was a critical moment for scholars and communities who are impacted by this structure to have a space to reflect on that.”

Clinical law professor and immigration clinic director Denise Gilman, one of the event’s organizers and speakers, said an interdisciplinary group of UT researchers set out a decade ago to examine the impact of the then current border wall construction. She said she hopes this event will bring back the conversation as it applies to the immigration policies today.

“The idea of the panel is to recognize the extent in which the government has been hardening the border, treating it as a site of national security concern, rather than just a
border, a place where people cross from one country to another, a site of trade and interaction,” Gilman said.

South Texas College’s Scott Nicol will also be speaking at the event about an aspect of the wall that often goes unnoticed or unmentioned: the environmental implications.

“(Walls) push people who would otherwise cross in urban areas into harsher desert areas and that increases the death toll on migrants,” Nicol said. “They (cause) lots of real, concrete damages, and I think it is important to discuss that.”

Nicol said he hopes The Environmental Impact of the Wall panel will serve to bring to light the ways in which the wall’s human and environmental impacts intertwine.

“I live in McAllen, and I have watched the walls go up here,” Nicol said. “When you stick a wall in the middle of an area where water flows it basically just acts like a dam. That is not only an environmental problem, it is a treaty violation.”

Gilman said she hopes bringing all of these rarely thought about impacts to light will allow for people to consider multiple facets of the immigration issue as they continue to participate in politics in the future.

“It has been the focus of the first candidate and now president Trump’s approach to immigration issues,” Gilman said. “Under scrutiny, it should become apparent that the focus on the wall is really misplaced. It is very important for students to understand that the wall is largely about symbolism rather than effectiveness or any real security threat.”