UT students plot out the first ever Austin Bookstore Crawl 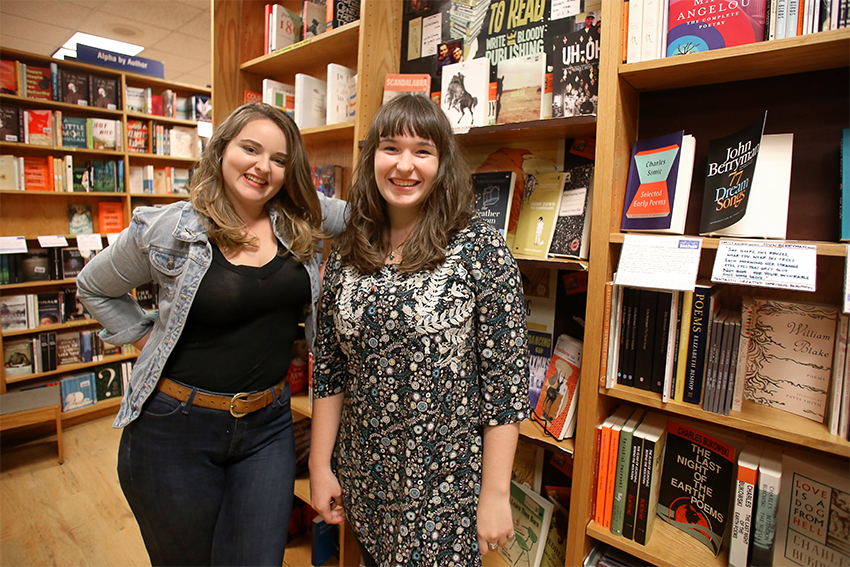 Austin’s eclectic variety of bookstores cater to the niche audiences they serve, but their limited exposure inspired two UT students to show Austinites what the local literary scene has to offer.

English and Plan I Honors senior Hillary Sames and English junior Walden Hagelman are longtime friends who work together as part-time as booksellers at Book People. Their friendship strengthened over their shared passion for literature. During the course of winter break, Sames spoke with Hagelman about utilizing that mutual passion to plan out the first ever Austin Bookstore Crawl. The crawl is planned as a scavenger hunt where participants look for specific books in various stores in order to win a prize.

“Austin has about 20 independent bookstores, and so I was like – ‘we can do this,’” Sames said. “People would love doing this, and Austin is a community that loves supporting their local businesses.”

Sames said she wanted to bring something new to Austin and was inspired by the Brooklyn Bookstore Crawl when she interned at a publishing house in New York City. She said she was astounded when 14 bookstores jumped onboard with the idea and even donated $500 worth of prizes to encourage Austinites to visit independent bookstores around the city.

“We originally were like ‘Hopefully we have five stores’ because (at first) we didn’t have anyone,” Sames said.

Hagelman said the wider distance between Austin bookstores might get people out of their comfort zones and explore something new.

“Austin is more spread out, obviously, but I think in a lot of ways that fosters more community,” Hagelman said. “You are getting to taste and find out new things that you didn’t know existed.”

Sames said the scavenger hunt model of the event is well-suited to motivate people to browse the shelves at local bookstores. She said she hopes people will discover titles along the way that they otherwise would never pick up.

“The point is to actually look at the stock and browse – spark interest – so they actually have to explore the stores to complete the scavenger hunt,” Sames said. “We’re trying to really encourage the crawlers to get out and just see what Austin independent bookstores have to offer.”

The Austin Bookstore Crawl coincides with Independent Bookstore Day, a national holiday celebrating booksellers that tailor to niche markets. Hagleman said she hopes the bookstore crawl will bring together all kinds of readers.

“We hope to bring diversity to the conversation,” Hagelman said. “The idea that you can get out of your own bubble and into another space that you know is going to provide you with something new to think about is just amazing.”

Chris Hollingsworth, also a seller at Book People, said the Austin Bookstore Crawl may give independent bookstores more exposure — so long as readers are still captivated by the literature they discover.

“At the end of the day if even a select few get a cross-section of what’s available in the city, that’s mission accomplished,” Hollingsworth said. “It’s less about the big boom and just getting the individual minds.”

On a larger scope, Hagelman said she hopes this is only the first chapter of the Austin Bookstore Crawl. She said she’d like for it to continue keeping the Austin community connected in years to come.

“We’re all thinking and working together as a community on how to make things better,” Hagelman said. “A lot of that comes from education and from books.”