Class of 2017 benefits from graduation initiative 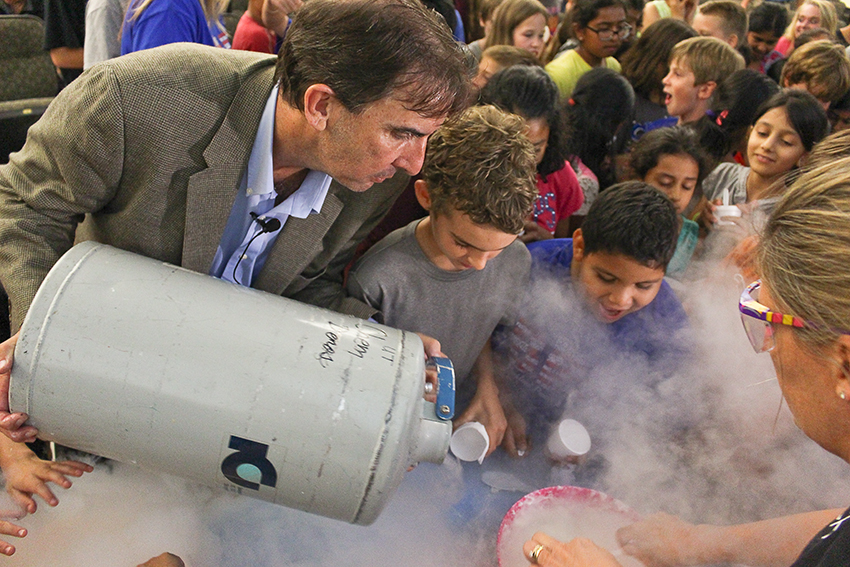 In the spring of 2012, UT-Austin leaders accepted a task force report in support of the goal of increasing four-year graduation rates at UT-Austin from what had been a consistent rate of around 51 percent, to a target of 70 percent. Over the last three years, implementation of task force recommendations has resulted in substantial annual gains, with last year’s class of 2016 graduating at a rate of 61 percent. An impressive 875 more undergraduates received their degrees last year compared to 2015.

We won’t know until October whether the Class of 2017 will reach the ambitious 70 percent goal, but it’s clear already they’ve made tremendous progress. This is the first cohort of students to have the full “four-year graduation rate” experience, from standing on the football field making a giant Bevo for their class photo, to belonging to a 360 Connections, to knowing their PTD (Progress-to-Degree) when they registered for courses. But most importantly, this is the cohort that is leading the way in changing the culture of the university to one in which timely graduation is the expected outcome for an incoming freshman.

Along the way, the campus has rallied around the idea of student success as the real priority of the four-year graduation rate initiative. Individual students will necessarily have different time frames to complete their degrees, maybe because of a change of major or an economic or personal challenge. But what all students have come to expect is that the University is with them every step of the way. And if this means that more students graduate in four years because they get the course they need, or because they found a mentor who made them feel like they belonged, then we should celebrate their success.

UT-Austin is recognized nationally for what it has accomplished on the student success front, and visitors from other institutions are enormously impressed by our progress. When asked how we do it, I offer that this is something this campus has always done — tucked away in the thousands of offices across campus are faculty, advisers and other university partners who have for years made their commitment to students on the 40 Acres a priority. As a chemist, I offer that the only thing really new was to turn all that energy into a singular commitment built around helping students to succeed.

But the real heroes in this story are the 7,118 students who formed the Class of 2017. Arriving in the fall of 2013, they are the people who took on the personal responsibility of making the most of their UT-Austin experience, and yes, getting themselves graduated to make room for younger siblings.

So, how is this class doing? At the very least, they are going to come very close to the ambitious goal of 70 percent graduating in four years. Whether or not they hit the goal, this class has made their mark. And when years from now, the culture on the 40 Acres is to take on even loftier goals for student success, the Class of 2017 can take enormous pride in knowing that they led the charge.

Laude is the senior vice provost for strategic initiatives.