Longhorns prepare for second to last Big 12 series versus Kansas 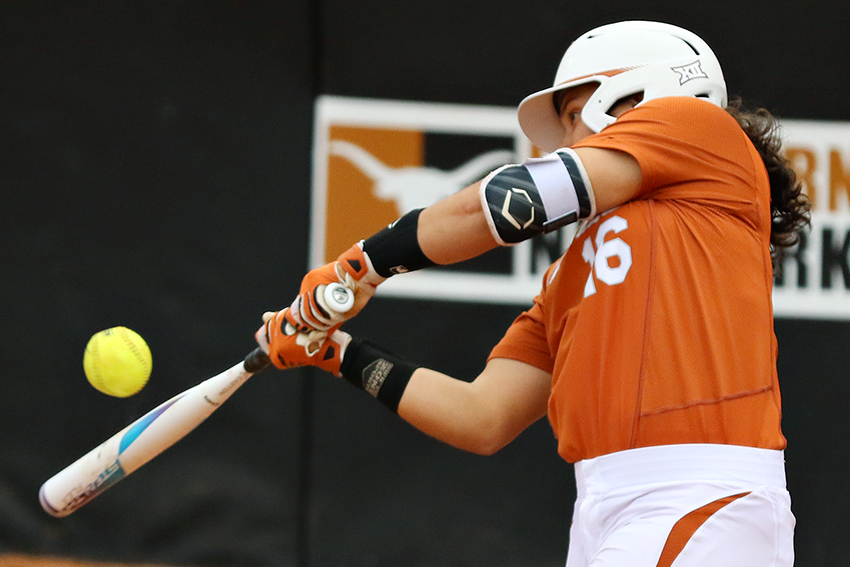 The last Big 12 series for Texas did not go as planned: The Burnt Orange lost to the worst team in the Big 12 in Iowa State. Hoping to reverse its fortunes, the team takes on Kansas in Lawrence at the Arrocha Ballpark this weekend.

The Jayhawks come into the series with a 24–23 overall record, while carrying the burdens of a 3–9 conference record. The Longhorns are on the heels of a midweek victory over North Texas, and are looking to lock up a spot in the Big 12 tournament.

This will be the seventh time the team has played a series after a midweek matchup, with varied results. However, week in and week out, the preparation has been the same.

“It’s what we do every week,” sophomore Bekah Alcozer said. “We come out, we get ready, we practice, and then we play a game. It’s just kind of a routine for us now.”

After the series versus Kansas is yet another midweek matchup versus Texas A&M-Corpus Christi, followed by a matchup with No. 15 Baylor. With the season coming to a close, the team has those games to bolster its tournament resume.

With the Big 12 Tournament kicking off on May 12, Texas needs a few victories versus a Big 12 foe to officially clinch its own spot in the tournament. However, with the last and second-to-last teams in the conference set to face each other in the final weekend of the season, the team is in a good spot.

Kansas poses a big hurdle when it comes to the team proving itself. Texas has lost every Big 12 series away and at home except for a road-series victory versus Tech. While Kansas is not ranked as highly as No. 7 Oklahoma, they still present a unique challenge.

“Typically, they swing the bat well,” head coach Connie Clark said. “They’ll put up runs. Hopefully we can get to their pitchers. They power up pretty good and they compete well at home.”

Texas has developed a standard for excellence over program history. While the season has not been all it had the potential to be, there is still something to fight for in Lawrence this weekend.

“The first word that comes to mind is pride,” Alcozer said. “We are at a University where some of the best athletes in the world are. Just to put on this uniform everyday and to wear the name Texas across your chest, all you have is pride. Both in the school, in yourself, and in your teammates.”