The Daily Texan • May 1, 2017 • https://thedailytexan.com/2017/05/01/undocumented-student-seeks-to-defy-stereotypes-promote-awareness/ 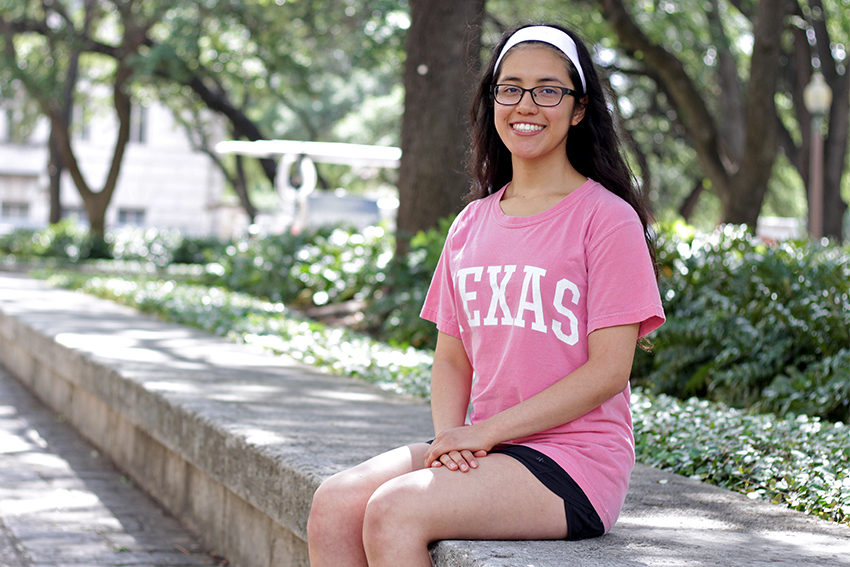 Now a human dimensions of organizations freshman, Lara hopes to someday work as a CEO while continuing to help enfranchise undocumented immigrants. She said her advocacy began with her parents, who brought her family from Guanajuato, Mexico to Austin, Texas when she was three years old.

“My parents worked long hours and took many risks to secure a better future for my sister and myself,” Lara said.

Though Lara has faced adversity because of her undocumented status, she said she did not truly experience the extent of prejudice until her tweet went viral.

“It seemed so innocent, but the backlash turned my life around,” Lara said. “I used to believe everyone would accept me so long as I was kind, but the threats and the insults made me realize how much of America was so willing, and so quick, to hate me.”

Despite the cruelty, Lara said there was some hope for the undocumented community leading up to the 2016 presidential election. However, that vanished after the election results and the Immigrations and Customs Enforcement raids.

“The ICE raids terrified us all,” Lara said. “My parents were so afraid, they couldn’t even go to the grocery store.”

Despite recent political developments, Lara said she wants undocumented immigrants to retain hope in spite of issues they face.

“It’s important that we continue to be vocal,” Lara said. “If people listen, they will discover we are just the same as everyone else.”

She admits it is a tough battle, but Lara believes the undocumented community will never stop fighting.

“We have a voice, and our voice is often overlooked,” Lara said. “But even if that voice is subdued, it will never be silenced.”