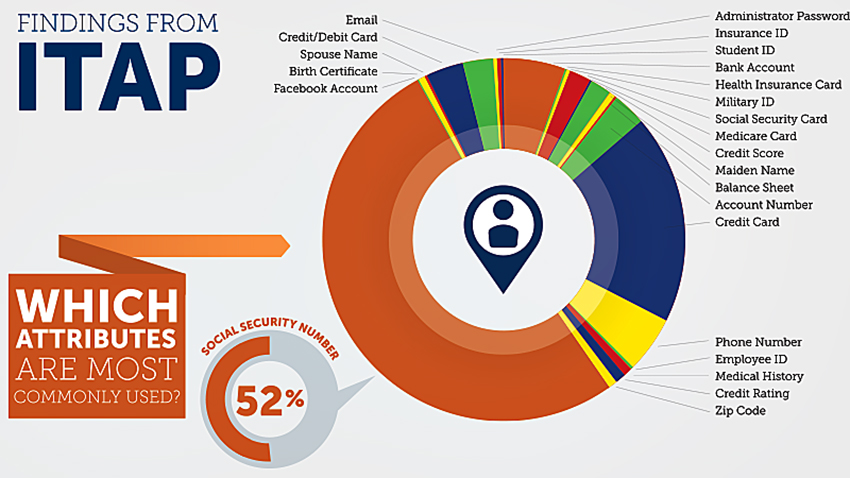 Fake accounts and hacking are usually what comes to mind when people think about identity theft.

However, the UT Center for Identity recently researched data discovering “analog” theft is the major driver in identity-related crimes.

Using data collected from 2006 to 2016, the Center published on Wednesday a “2017 Identity Theft Assessment and Prediction Report.”

“Analog theft is generally theft that begins with some compromise of non-digital information,” Anderson said. “Someone can go through your trash to find bills or something personal with sensitive information or pharmacy prescription bottles that have people’s information on them.”

Anderson said the data is also significant in that it is localized in nature, with identity thieves targeting individuals in certain geographic areas.

“Despite the publicity and media attention of huge data breeches of companies like Home Depot and Target, it’s individuals and small businesses who really suffer identity theft daily, and they rarely get any media coverage,” Anderson said. “It’s significant that so much crime is happening at a localized level and not much attention is given there.”

Center director Suzanne Barber said no market is safe from the threat of identity theft.

“The general public and organizations of all types would be well-served to educate themselves so that they may better protect against these pervasive hazards,” Barber said.

The Center has developed a website browser plug-in, Privacy Check, that scans privacy policies of different websites, giving internet users a snapshot of what websites do with their information. Anderson said tools such as Privacy Check are absolutely necessary to help prevent identity theft, especially for college students who are particularly vulnerable.

“Most of us have bad habits,” Anderson said. “We have the same passwords for a lot of websites; we don’t shred our documents; we don’t place our documents in safe places. I think this research will help spread awareness about how we can do little things to better our identity hygiene.”

“People our age, I feel, are a big target because everything we do is on the internet, and sharing information has become a big part of our lives,” Samaripa said. “You never know who can get that information.”