Perseverance pays off for Alan Zapalac 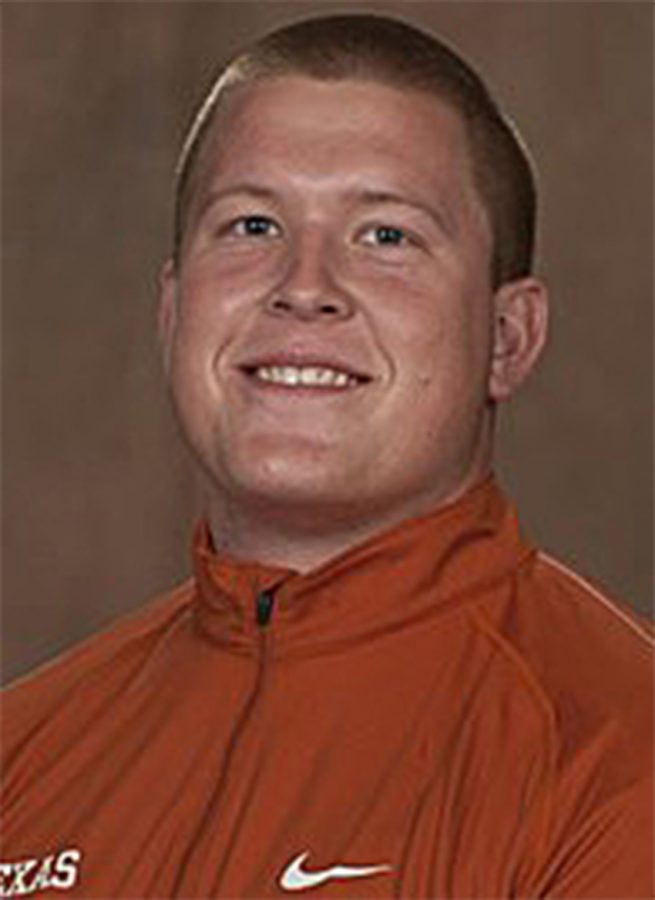 During his junior year of high school, Alan Zapalac applied to work for a Texas Roadhouse restaurant in Wallis, Texas. He was told they weren’t hiring and went looking for work elsewhere.

“My dad, jack-of-all-trades, taught me a bunch of things,” Zapalac said. “Somebody said, ‘Why don’t you try building stuff for people?’ I started off with small ideas, small picture frames here and there, and kind of evolved into bigger furniture pieces and a couple house remodels.”

Zapalac’s carpentry work has become immensely popular and has grown into a borderline small business. He’s even brought his woodworking skills onto the track — Zapalac has done projects for multiple staff members of the Longhorn track and field team, including his own field events coach, Ty Sevin.

“It’s definitely a strong suit for him,” Sevin said. “I’ve seen more of his metal-working stuff. We made a couple of things that we used around the track that came back, like (it was made by) a professional welder. He’s really creative.”

Despite possessing a burly 6-foot-6-inch frame, the redshirt junior often gets overlooked. Zapalac shrugs it off, knowing he’ll excel in whatever he chooses to do.

Throughout high school, Zapalac juggled a trio of sports, lettering all four years in football, basketball and track.

Ironically, he and his family were die-hard fans of Texas A&M. Zapalac’s dream was to play offensive tackle for the Aggies’ football team.

“My senior year (of high school), I came here for Texas Relays,” Zapalac said. “I had a really big throw and coach Mario (Sategna) asked if I wanted to be on the team. No other school had offered anything, so it was a pretty simple decision.”

It was an easy offer, too.

“He didn’t set the world on fire, but that was OK,” Sategna said. “You look at his size and I’m thinking to myself, ‘How did this guy not end up playing tackle for somebody?’”

Now in his fourth year at Texas, Zapalac has come to embrace his surroundings, which has helped with his performance on the field. Despite starting slow early in the season, the thrower is now in the midst of a hot streak, earning consecutive personal records in the discus throw at the previous two home meets.

“It’s kind of a tale of two seasons,” Sevin said. “We’re right there in the hammer (throw), about where his PR was last year, and it’s been a bit of a struggle to make that jump in that event. But from the perspective of the discus, it’s been a really huge turnaround for him.”

Sategna believes it is actually Zapalac’s calm personality that has allowed him to excel during his recent performances.

“He’s a guy that doesn’t get rattled real easy,” Sategna said. “Not that there isn’t anxiety or nervousness, but just the way he conducts himself and his demeanor, you know you don’t have to worry about him.”

Zapalac is scheduled to participate in the Big 12 Championships next week, and he knows his background in carpentry will allow him to shine during his throwing events.

“Nothing ever goes as planned,” Zapalac said. “You can draw everything to its finest details, you can practice for hours, but something will go wrong. And you just have to go with it and solve each problem as it comes to get to the final product.”