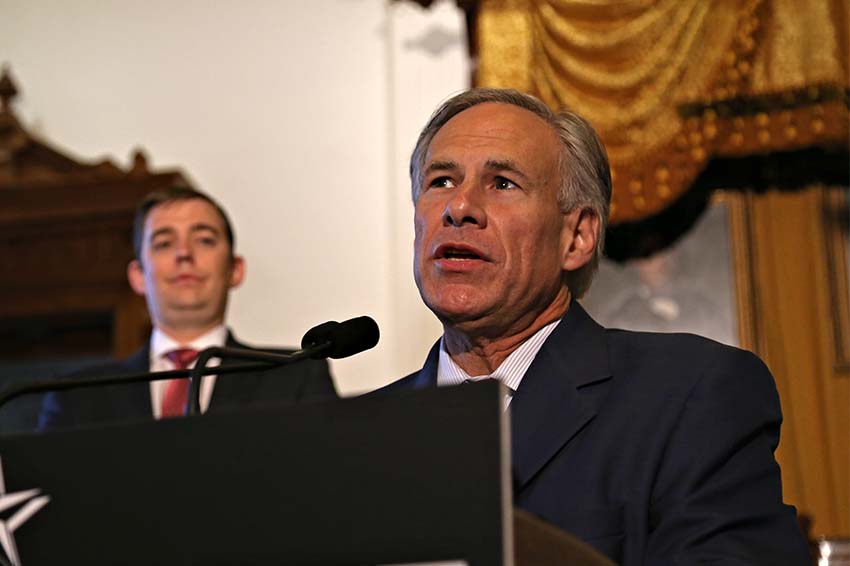 Gov. Greg Abbott removed the cap from his signing pen and placed his signature on the controversial bill that would ban sanctuary cities in Texas, officially making it state law, in a Facebook Live video Sunday night from his office.

Senate Bill 4, sponsored by Sen. Charles Perry, R-Lubbock and Rep. Charlie Geren, R-Fort Worth, would allow officers to question an individual’s immigration status when arrested or lawfully detained. Abbott said the bill was one of his top priorities at the start of the session and his signature on the bill has been highly anticipated since the Senate and House both signed their final version of the bill Thursday before it was sent to Abbott’s desk.

During his live broadcast, Abbott said sanctuary city policies harbor people who have committed crimes. While he said the state recognizes and supports legal immigration, he chose to sign the law because it cracks down on policies such as Travis County Sheriff Sally Hernandez’s declaration that she would not detain known criminals accused of violent crimes. Under SB 4, he said these policies will no longer be tolerated in Texas.

“Citizens expect law enforcement officers to enforce the law,” Abbott said moments before signing the bill. “Citizens deserve lawbreakers to face legal consequences. Texans expect us to keep them safe and that is exactly what we are going to do by me signing this law.”

The new law, which applies to public colleges, requires sheriffs to comply with detainer requests from U.S. Immigration and Customs Enforcement. Officials who do not follow the law could face jail time or removal from office and local law enforcement agencies could lose $25,000 per day upon failure to comply.

“Texas has now banned sanctuary cities in the Lone Star state,” Abbott said after signing the bill and holding it in front of the camera. “The reason why so many people come to America is because we are a nation of laws and Texas is doing its part to keep it that way.”